Christian and the Hedgehog Boys (album) 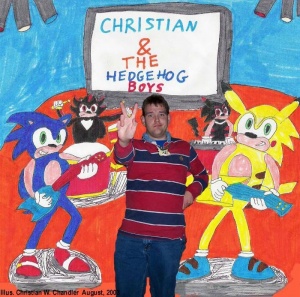 Christian & the Hedgehog Boys is the eponymous debut album of Chris's terrible music project of the same name, recorded on a tape recorder in August 2003. For 21 minutes and 26 seconds, you can take a thrilling journey from the depths of lonely despair to the exciting joys of zapping to the extreme. Get your copy today! 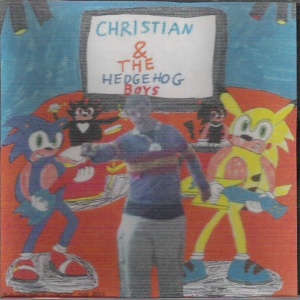 A cruder unreleased version of the album cover. 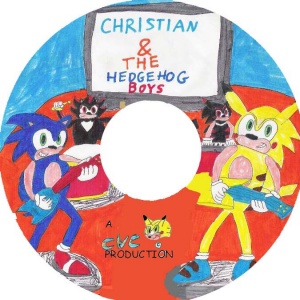 Due to lack of promotion, monotone vocals, poor audio quality and the fact that you can hear the tracks he is singing over, the album failed to chart in most countries (although it was unnervingly popular in Molvanîa).

A promo clip was recorded for the album, in the form of "All I Want For Christmas is a Pretty Girlfriend."