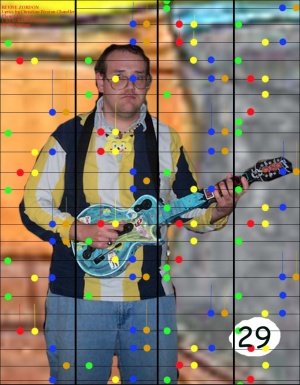 "Revive Zordon" is the last single from the band Christian and the Hedgehog Boys, after the dismal failure of their sophomore album Christian and the Hedgehog Boys COMEBACK. The lyrics to the song made its worldwide debut in Sonichu #10, but was never recorded and released as an actual single. Set to the tune of "Cat Scratch Fever" by Ted Nugent (a song Chris almost certainly only heard about from Guitar Hero: Aerosmith), the song deals with his desire to see the return of the first American Super Sentai team, the Mighty Morphin Power Rangers, by reviving their mentor, Zordon, who made a heroic sacrifice in the 1998 series Power Rangers in Space.

Chris repeated his dislike for the plotline to Jackie, using almost the same phrasing as in the song.[1] 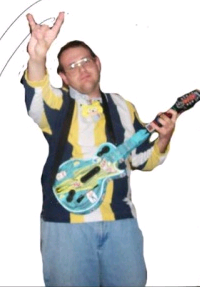 He's usin' the power of Rock and Rock to SAVE THE WORLD! \m/

They smashed his tube while lost in space
And then he was gone to save the human race
Yet more evil forces showed up
And they lost their good fans
When they went and killed Zordon!


Presidents tried to enforce
But that plot was too trite
Zordon was better than the police
He had great powers and then some
Might and magic ruled
And five Zords rule over three.

The original team was beyond the best
Tommy loved Kimberly
(Sweet and Tenderly)
Trini was keeping it real with Zach [sic],
Billy had the brains to time travel
and Jason was leadin' Red!


Dinozords evolved to the
the Thunder Power
Ninja and Shogun Titanus
Zeo Crystal Power
Autobot-Style with Turbo
U.F.O. got lost in Space

Revive Zordon and get the
Power Rangers back together,
which was most awesome!!!
(Compared to today's c**py "Power Rangers")

Thankfully, most likely because his first musical project was a complete failure, Chris has never made an official version of the song. Instead, we are treated to the dulcet tones of both the narrator of the Audiobooks, and Rex Rowan.

The song was first played at the headquarters of 4-cent garbage.com, which led to the deaths of Clyde Cash and Jack Thaddeus, as well about 250 other innocent people amongst the 1,500 working inside the building. In Molvanîa, where the Hedgehog Boys are considered national pop icons, people were horrified at not only the carnage the song brought, but also how Chris slams the other Power Ranger teams, who are loved from Sasava to Lublova.