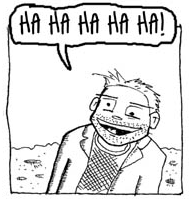 Moon-Pals is a Sonichu parody by Sean August Watley which provoked enormous amounts of rage in Chris.

Moon-Pals follows on from Chris's ambition of firing all tobacky to the Moon, Metal Sonichu's banishment to the Moon in Sonichu #1, and Silvana Rosechu's being raised on the Moon by Count Graduon in Sonichu #8. From this, Sean envisaged the wild, drug-fuelled adventures of them and several other fan-favorite characters (Allison Amber, Yawning Squirtle, David Dragonite, Simonla Rosechu, Crystal Weston Chandler, Boulder-Dropping Whale, Kel and Bill the Scientist). 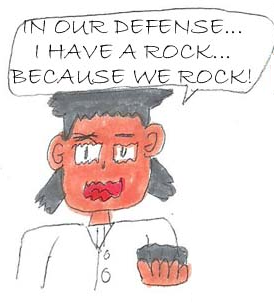 You sure do, Sean!

Even mentioning Moon-Pals in a Mailbag was enough to drive Chris crazy.

Chris's rage culminated in the trial of the Asperpedia Four in Sonichu #10, in which Mao, Sean, Alec and Evan were sentenced to death. Sean was hung from the ceiling by his wrists and shot dead by three of the characters he had so slanderously parodied: Kel, Bill the Scientist and Allison Amber.

In the revised edition, the Four are exiled to an Amish community, where Sean becomes "the village idiot."