Mailbag 54 was uploaded by the CWCipedia's sysop on 2 February 2010. Due to the closure of the CWCipedia from 8-14 February, the response to these emails was delayed even more than usual.

Chris managed to actually respond to every letter. Many of his answers were short and trite, but they did manage to address the content of each letter in some way.

Then why the fuck did you give him a form response?

The continuing adventures of Creepichu & Kimmi 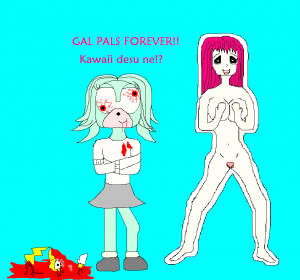 What is an screencap

Because putting something in the public water supply makes it "optional"

The statement about gays in the army could still be read in Mailbag 49.

In which Chris defends his use of English by citing a made-up word.

It's also worth noting that "fickle" is another word Chris uses a lot and that "antidisestablishmentarianism" (which Chris misspells) is basically a joke word at this point and it's extremely doubtful that Chris knows its actual meaning: being in favor of keeping the Anglican Church as the state religion of the United Kingdom.

Sloth and lack of experience

Whores VS the simple life

In which some asshole tries to get Chris's social security number

For Truth and Honesty, see the archived CWCipedia page on Mailbag 54
Retrieved from "http://sonichu.com/w/index.php?title=Mailbag_54&oldid=253804"
Hidden category: