While many of Chris's replies are longer than in previous mailbags, they are also more aggressive. There are many instances in which he takes on an insulting, superior tone, as though he can't believe what he has to put up with here. Another notable departure is Chris's complete lack of censorship in this mailbag. All the letters originally posted are answered, regardless of how little Chris likes them.

In his replies Chris likens the mentally handicapped to zombies, thinks "benevolent" is an insult, says he isn't deeply about politics despite being mayor of CWCville, states that he has an aversion to typing the word "swastika", and thinks homosexuality is also caused by drinking during pregnancy. He also reiterates his idea that Aspergers' Syndrome is incomparable to autism.

Chris does not know what "benevolent" means, or how government works

Daniel Tammet/Punching your baby will make it gay 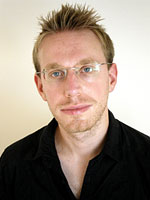 In which Chris assumes Clyde Cash would punch him

In which Chris speaks ill of the handicapped