Mailbag 45 was uploaded to the CWCipedia on 22 January 2010. Chris had been relatively diligent about updating his incredibly ugly website, and it was expected that he would get to it that evening. Instead he took an unexplained three-day hiatus.

He finally tackled it on 25 January, only to answer fewer than half of the letters before leaving to do something with his family. He finished answering it the next evening. Highlights included Chris comparing himself to legendary cartoonists, another in the increasingly bizarre "whores for my son" series of letters, and Chris telling us to get over ourselves in relation to him constantly showing us Rosechu's ass.

Not that that means anything

Chris never made the promised video. Mike called him out on it three mailbags later.

This was later removed before answering the rest of the mailbag on 26 January.

The harshest of attitudes

This is why you're losing your fans

At one point we all had this reaction

Caught in a lie? Just delete the evidence 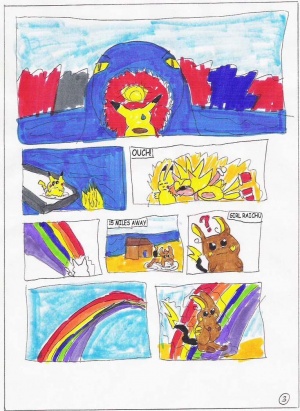 Caught in a lie. Again.

The writer of this letter is referring to the image found here.

I love you man, no homo.

Before you click any links, please be aware that the image is of some neckbeard's asshole.

For Truth and Honesty, see the archived CWCipedia page on Mailbag 45
Retrieved from "http://sonichu.com/w/index.php?title=Mailbag_45&oldid=253795"
Hidden category: