Mailbag 38 was uploaded to the CWCipedia on 12 January 2010 and answered on the same day.

This Mailbag was the third of Chris's marathon run of Mailbag answering that concludes with Mailbag 39. The amount of rage and censorship it produced is equal parts horrifying and hilarious, with seven letters deleted and one letter horribly struck out and edited and at least five letters with him erupting with rage.

In which Chris fails to answer the question

The gayest dog ever 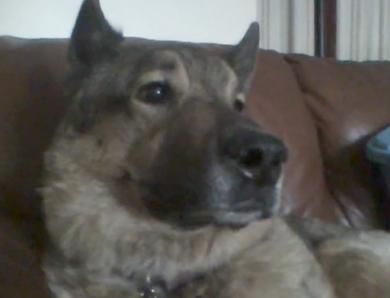 In which Chris doesn't consider anything at all

And when you do 'em people think that you're cool

Chris added the strikeouts and all italicized words, and replaced one instance of "Asperchu" with "Sonichu". He did all this on the same night he bitched at Alec for parodying it on his own website.

Chris is an expert matchmaker

I NEED MY WOMAN

The depths of Chris's hypocrisy

Impervious in the face of logic

For Truth and Honesty, see the archived CWCipedia page on Mailbag 38
Retrieved from "http://sonichu.com/w/index.php?title=Mailbag_38&oldid=253787"
Hidden category: