Someone under the name mormonjesus dropped the following email in a rizon IRC channel. Its authenticity is not established, but it seems reminiscent of Chris' writing.

The following email was written by Chris on 9 July 2014[1] and leaked on the CWCki Forums the day afterwards.[2]

During the infamous house fire, some e-mails which are sent by Chris to his high school classmates are leaked.

The first e-mail covers Chris possibly suing the Keurig company (because according to Chris, they are the one responsible for the destruction because of the Keurig coffee brewer in his bathroom) and the insurance company State Farm is putting him and his mum up in a hotel.

The second e-mail details about the information for donations to Chris due to the house fire. Some info has been redacted.

HOW DARE YOU BE SO HEARTLESS, SOULLESS, AND UNCOMPASSIONATE TO US?

Less than 24 hours after the infamous "Greedy Firefighter" e-mail, Chris reveals the location of how the fire started.

On 22 March 2014, several e-mails were leaked on the CWCki Forums. Included are e-mails from a former classmate of Chris's (name withheld), giving some details that revealed that Chris was, in fact, picked on regularly in Manchester High, and did regularly require protection, contrary to what Chris himself has said. Also included are several e-mails from Chris, complete with the usual rape of the English language, threats of legal action, nonsensical phrasing, blatant materialism, and revealing that as of at least about the time of Bob's death, Chris still believes he can curse people into ill health.

The aforementioned e-mail about Chris's days in high school. The whole e-mail mostly included white knighting from his classmate. However, it also included that he was actually bullied there on a regular basis despite Chris claiming that his time there is among the happiest in his life:

After the white knight e-mail above, the classmate no longer feels sorry for Chris after finding out about the infamous ShecameforCWC.JPG picture and Chris vandalizing an Xbox One sign to read "HEXbox One" with a permanent marker in Mal-Wart.

It's also revealed that the classmate also sent an e-mail to Chris...

Re: Bitter and Twisted Mess

...with Chris ignoring the advice as usual.

Chris tried to be intimidating in this e-mail, pointing out that his friends list in his Facebook page is only viewable to... well, his Most Trusted Friends...

...as well as thinking that "financial compensation" is warranted for "his years of suffering".

Though Chris as usual blamed the trolls and Megan, one thing notable that according to him, his father would have been alive beyond 2015 if it's not for the trolls who cause him a lot of stress. 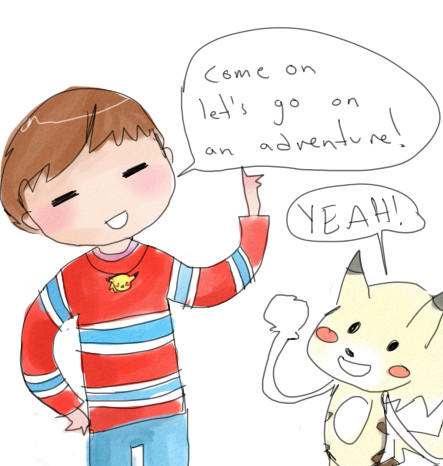 An artist's depiction of Chris's "goodwill" as he used to be.

Note: The e-mail cuts off abruptly at the end for now and no info is given about the original e-mail, though it's most likely that Chris would mention about him never getting a sweetheart at the end.

On 13 December 2018, the Man in the Pickle Suit leaked a correspondence from 11 September 2017 between Chris and self-proclaimed psychic Uri Geller. Here, he begs Geller on mentoring him to improve his psychic powers.

Quite Frankly I Believe You are Wasting Your Time

I am Not Wasting My Time!

Chris did not take the rejection lightly.