Mailbag 40 was uploaded on the CWCipedia on 13 January 2010. Chris answered one question and deleted another a day later. A day after that, he answered (and deleted) the rest.

This mailbag had the highest deletion rate of any mailbag so far. Out of the 18 letters sent, only eight were answered. In this case, though, the deletions were not Chris's most shocking action. A nurse at a cancer ward asked him for a few autographed copies of the Asperchu comic, apparently under the false impression that he produced both. Instead of correcting her error, or forwarding the letter to Alec Benson Leary, Chris changed the word "Asperchu" to "Sonichu" in her letter and answered it as though it had always been meant for him, saying he would "consider a donation of a book or two." To summarize, Chris willfully prevented the request of CHILDREN DYING OF CANCER from ever being carried out in order to service his own ego.

Other notable letters included Chris throwing away a hypothetical billion dollars, not understanding the difference between love and sex, and the rather terrifying prospect of Chris adding a black character to compete with Asperchu's Jivin.

Love does not equal sex

The sound of a million financial analysts screaming

In which Chris throws away a fortune

If he hadn't bolded it, we might not have noticed 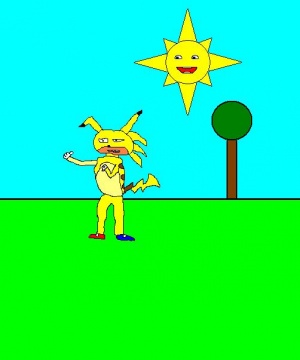 Asperchu continues to make the world a better place

No, he was finally openly gay when he bought the sports bras

On Chris's continual mistreatment of Wikisysop

For Truth and Honesty, see the archived CWCipedia page on Mailbag 40
Retrieved from "http://sonichu.com/w/index.php?title=Mailbag_40&oldid=267227"
Hidden category: