From CWCki
(Redirected from Toys)
Jump to navigation Jump to search

For those other kinds of toys, see Sex toys. 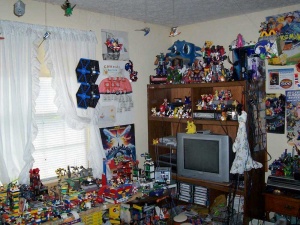 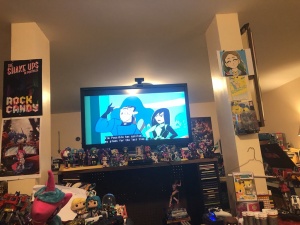 Chris has accumulated a grand number of toys over the course of his life, most of which are displayed in his room. He has claimed that he's holding on to them for his future children.[1], though he has also admitted to be still purchasing and playing with toys well into his "adult" life.[2] At one point he revealed that he plays with his toys for around 2-3 hours a day.[3] Many are assumed to have been damaged or destroyed in the 2014 house fire, but some have survived; Chris has purchased new ones ever since and has likely gone and replaced at least some of the lost ones.

It is unknown if Chris' toys are still in the Chandler household after the Incest fallout and Barb being charged with failure to yield right-of-way after the traffic collision in November 2021. It has been speculated that at least some, if not all, of Chris' stuff was auctioned off or thrown away along with much of the hoard when extended family and senior caregivers stepped in to help Barb.

It is not unusual for adults to play with toys, but when they do, there is a good reason other than just playing with them like a little kid.

For example, adults often buy soft toys to celebrate an occasion such as a birthday or wedding, or to cope with loneliness or trauma. Toys have also inspired innovation: for example, a community of circuit benders buy used battery-powered electronic toys to create new sounds and visual effects. In the 1960s, Monopoly play money inspired a Dutch graphic designer to rewrite the rules for designing money at home and abroad.[4]

Even Lego blocks have legitimate uses in adulthood: Chinese human rights activist Ai Weiwei launched an exhibition that featured the portraits of 43 Mexican students who disappeared in 2014, made entirely of Lego blocks. Ai aimed to convey the “democratic utility” of Lego, specifically to raise awareness of Mexico’s problem with organized crime.[5] CWCki readers from Denmark may also be familiar with a scene in the 1979 comedy film The Olsen Gang Never Surrenders, where one of the gang members created an electronic Lego device to break into a building. 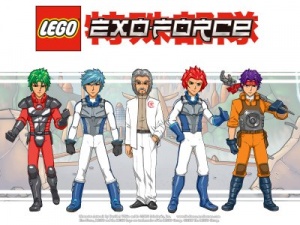 No surprise that Chris was attracted to Lego's attempt at attracting anime fans.

The Flying Ninja Fortress was a fortress for flying ninjas, not a fortress that flew.

Transformers: Power of the Primes

My Little Pony is popular with little girls worldwide. Sadly, not even the poor ponies are exempt from entering Chris's twisted world. In italics are their new identities.

Chris currently has $8924.09 of debt judgements against him. Assuming Chris sells his toy collection, and gets the above total, he could pay off the vast majority of his debts.