The PlayStation 4 is a video game console created by Sony, originally released in North America on 15 November 2013. It is the best selling console of the eighth generation of gaming, alongside the HEXbox One (with the Wii U trailing behind in sales but never falling off the market share). At least 109.05 million consoles have been sold by April 2020.[1]

Despite his fanaticism for the system's predecessor (and his tendency to spend hundreds of dollars on games for it), for two years following its release Chris made no indication of wanting to buy the life upgrade upgrade. This was most likely due to his family's health problems (compounded by his run-in with the law) draining him of funds - as evidenced by him repeatedly begging people to give him money/buy him LEGO sets. He did, however, show contempt for its competition - getting banned from his local Walmart for defacing an Xbox One standee - but this was the only thing he had to say about the modern "console wars" (which have been intense enough to be dramatized in South Park, among other places). True to form, though, this would change in February 2016, around his 34th birthday. He also purchased a Wii U sometime later.

The PS4's successor, PlayStation 5, was released in November 2020 at a starting price of $399 and has yet to be purchased by Chris. This purchase is unlikely to be made anytime soon, if ever.

On the first of the month, Chris asked for a PS4 and PlayStation Camera on Facebook alongside a slew of specifications - notably, he would later specify a white Destiny bundle. Whomsoever saw fit to waste their hard-earned money on this gift would be "reimbursed" with a $500 voucher for Chris's Etsy shop - Chris naturally believing that his comics, medallions, and amiibo are worth hundreds of dollars. In fact, a $500 voucher would probably allow the donator to buy everything in the shop and still have around $50 in now-useless funds to spare. Having already given extremely specific demands for this "gift", Chris would further elaborate that buying him anything less than the Destiny bundle and camera would reduce the value on the voucher.

Sorry, but really though give me a PS4

The twelfth would see Chris upload a video that opens with a customarily insincere apology - though he openly states he doesn't understand why anyone would be offended - then reiterates his demands at the end of the video.

Incredibly, February 24th came and went without anyone sending him a PS4 - instead, weens sent Chris worthless gift cards and a losing lottery ticket. A day later, he would upload another video complaining about this. Bizarrely, Chris appeared to have been so confident that someone would send him an expensive video game console that he became somewhat depressed when they didn't.

Chris finally gets one 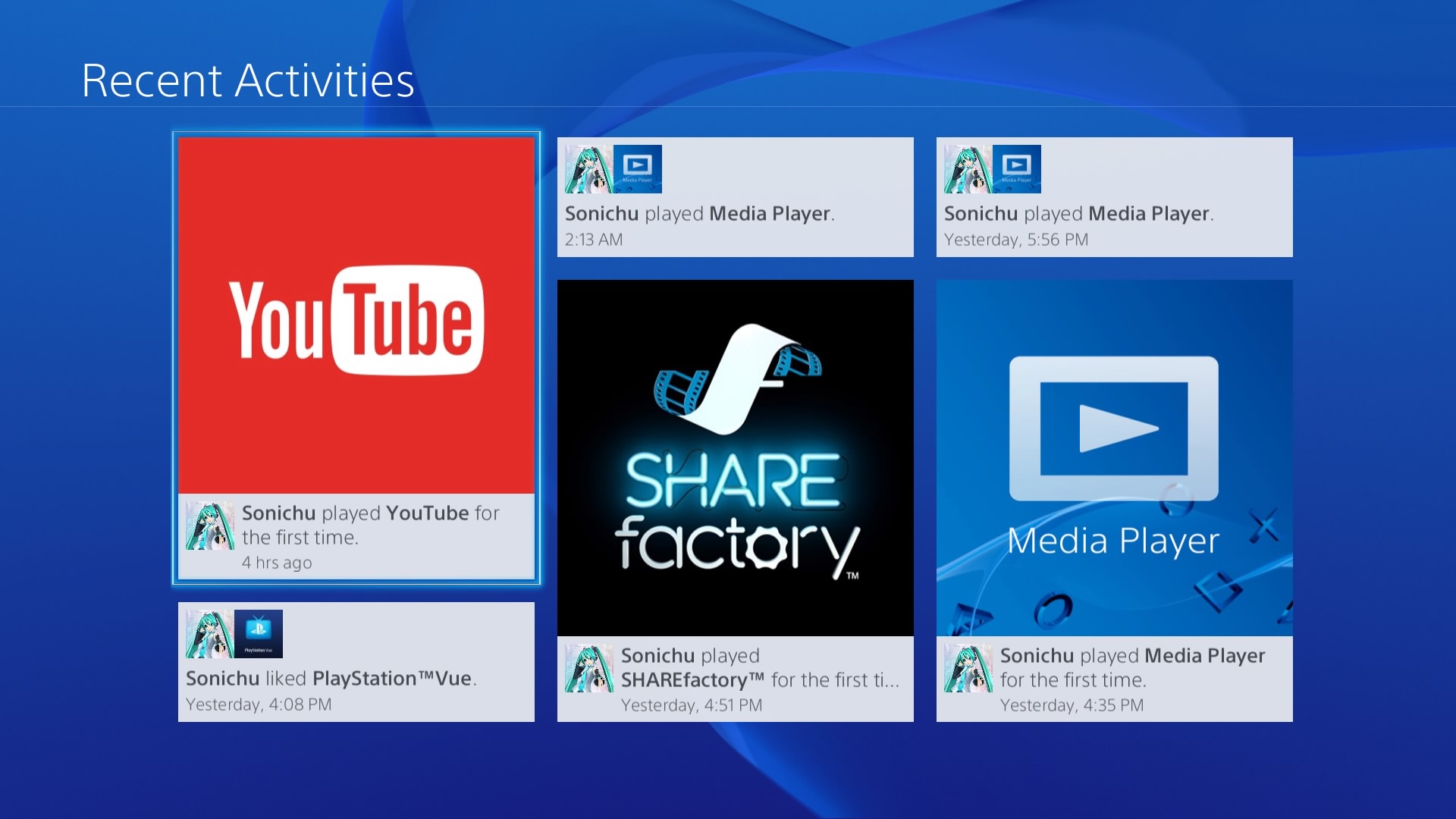 Chris using PS4 applications - the first bit of evidence that he had purchased one.

Having spent hundreds of dollars on a toy, Chris began to beg incessantly for donations he did nothing to earn shortly after in many videos.

Note: This table only covers games Chris has earned at least one trophy in. Another table is shown below covering games that are at 0% and he has evidently not touched. A full list can be seen on his PSN profile, here.

Chris has 29 games that have been purchased but without trophies or progress which can be assumed to have not been booted up.