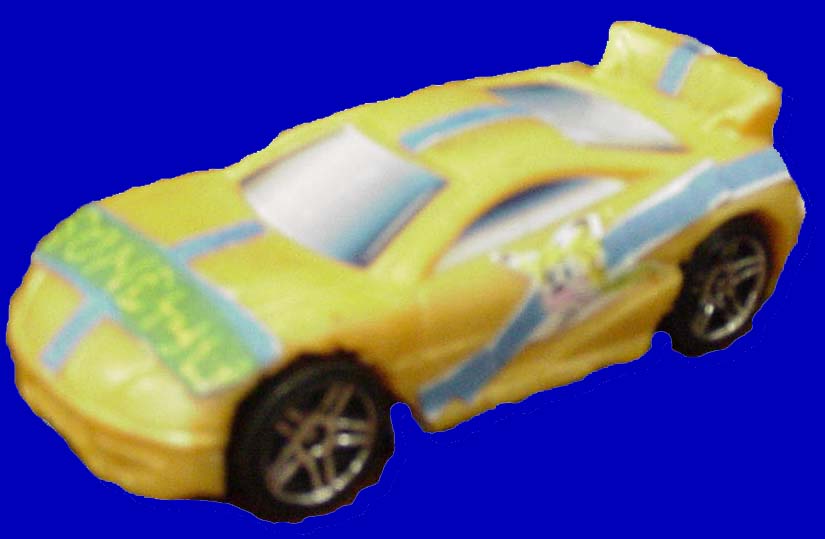 Hot Wheels is a line of small toy cars manufactured by Mattel. Initially made to compete with another popular brand of toy car, Matchbox, this competition died out after Mattel later bought out the company that made Matchbox cars. The cars are aimed mostly at young boys, and it strongly appealed to Chris until his late teens. The hobby fit in with his broader interest in fast-racing vehicles, as seen in his related pastimes of Mario Kart, Legos, and ModNation Racers.

Chris has made at least one custom Hot Wheels car, his Sonichu car. It was parodied as merchandise on Jimmy Hill's Sonichu page. Several fake TCG cards he has made have dealt with Hot Wheels-related things.

Today, Chris's interest in Hot Wheels has declined, but he hasn't outgrown it completely; he recreated a number of cars from the toy line in ModNation Racers in July 2010. Upon becoming a tomgirl, Chris got into the cutesy toy line Squinkies, and planned on buying Hot Wheels for them.

On 4 December 2001, Chris created a small Hot Wheels website, CWC's Vroom-a-Zoom! It was possibly his most pathetic site, which is saying something. It linked to his main Sonichu site and his other minor sites. The front page consisted of nothing but two plugins (now broken), one of which played the "'93 Sprint" remix of the song "Cars" by Gary Numan, and the following text:

A link took one to an unfinished page which he presumably intended to fill with custom cars. He never got beyond the first, his Sonichu car, which he described as:

The only other time Chris touched the site was in July 2007, when Chris used it as a forum to swear on his autism that he would bring Adam Stackhouse to justice, as he did with all his sites at that time. The site died in 2008 with the hacking of his Tripod Sonichu site. Chris doesn't seem to have been very concerned.