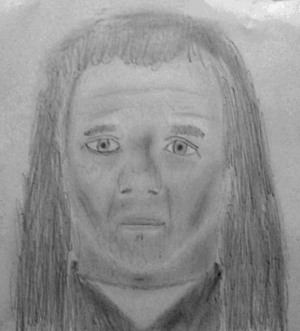 A sketch of Chris allegedly drawn during a possible jail visit by a ween.

January is the first month of 2023. It begins with Chris still in jail for alleged incest with his mother. A ween claimed to have made a prison visit to Chris, and Chris' case came up for review at the end of the month.