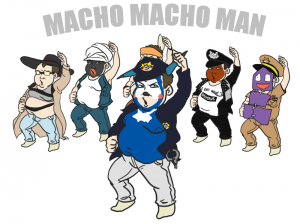 Artist's depiction of the first third of the month.

October 2010 saw the Jackie Saga ongoing, with Chris showing a level of devotion not seen since, and possibly surpassing, the Ivy Saga, which resulted in a high output of videos, all of them orchestrated by Jackie. Most featured Chris performing various weird antics, all in the hope of getting some precious china. Following the "success" of his performance as Mr. Popo from last month, he appeared in various half-assed, homemade costumes consisting of tape, facepaint, and construction paper.

Behind the scenes, a busy exchange between Jackie and Chris took place, with Chris making excuses of varying degrees of lameness for his failure to produce many of the things she requested, when he was not busy begging for sex that was. 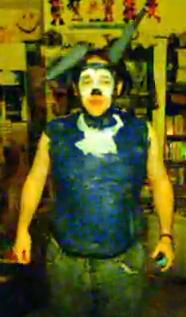