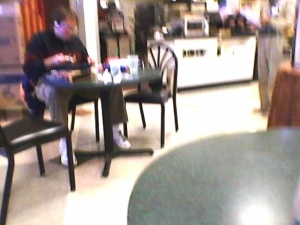 On 11 November, Chris was spotted at a Kroger supermarket.

November was the penultimate month of 2010. It saw the Jackie saga ongoing, and Chris making yet another claim to leave the Internet, FOREVER. Despite this, Chris continued to sign into YouTube and exchange e-mails with Jackie for a couple of days. However, after getting chewed out by her for his laziness and hypocrisy, their relationship ends (for now).

A Manchester High School reunion also took place this month. Chris, however, did not attend.