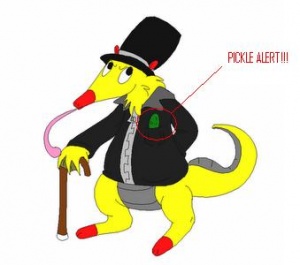 September was another active month. Vivian tries to contact him, but Chris is busy with Bianca, and he's having a blast, right until Chris's first nudes were leaked, sent to a troll posing as Blanca. The nudes cause Chris to feel a lot of stress, but doesn't stop him from drawing more this month, and gets in contact with Shigeru Miyamoto over a new Sonichu game. Chris loses contact with someone close to him again, this time his half-brother Cole. The month ends with a video of Chris fapping being leaked, and Chris feeling a lot of love for Blanca.