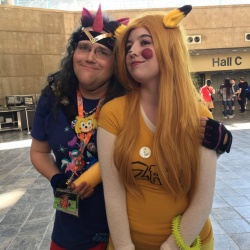 Chris in July, posing with a fan cosplaying as Sonichu at BronyCon. 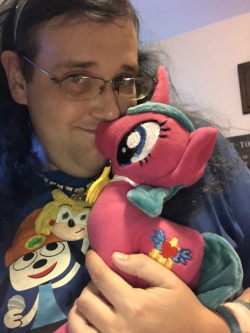 Chris with his Night Star plush.