From CWCki
(Redirected from DVD)
Jump to navigation Jump to search 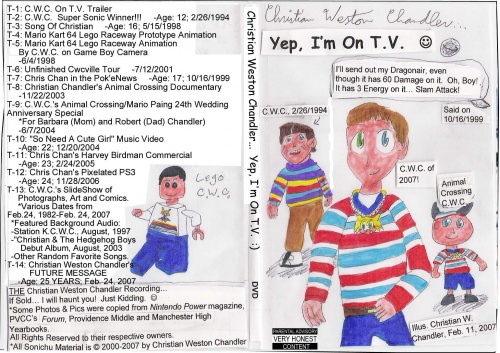 Christian Weston Chandler...Yep, I'm on TV :) is Chris's 2007 homemade DVD, featuring various video clips Chris had made before his Internet fame, and his actual, if meager, TV appearances. Despite its title, only two short clips on the DVD were ever shown on TV.