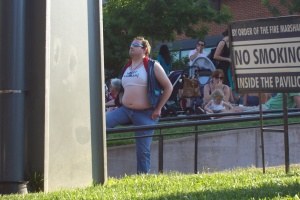 "NO SMOKING" and "WANT WOMAN!", two of Chris's war cries. 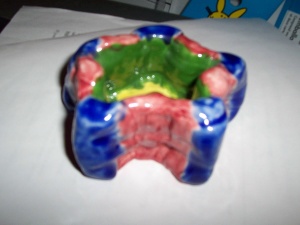 Authentic CWC ashtray, perfect for launching at the Moon.

Tobacky, also known as "tobacco", is a recreational drug derived from Nicotiana plants. If Chris could, he would send every last ounce of tobacky on a rocket to the Moon.

One of the prerequisites for a sweetheart that Chris has never veered from is that she be "smoke-free".[2][3][4][5]

Given his flip-flopping regarding his hatred of alcohol, it is uncertain whether Chris has ever smoked, although he did pretend to smoke a "peace pipe" for Jackie.[6]

A niggo harvests some tobacky. 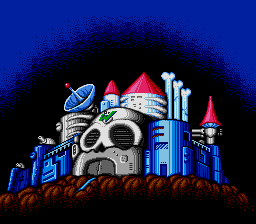 The Tobacky Factory from Chris' nightmares, according to Troll Eyewitness reports.

In his famous FUTURE MESSAGE of 24 February 2007, Chris expressed his wish for all tobacky to be shot to the Moon.

In an ED edit from 10 November 2007 regarding a comment about Christian Weston Chandler's FUTURE MESSAGE, Chris said he was uncomfortable saying the word "tobacco".[7]

Chris's tobacky rocket plan was elaborated on in January 2009:

Chris has also related a dream he once had regarding the risks posed by tobacco consumption:

Chris has stated that tobacco and alcohol importation is the most severe crime in CWCville and warrants "ten years [imprisonment] or fifteen hundred dollar fine".[10] In short, importing cigarettes is worse than rape, theft, murder, or even being a homo in CWCville.

Chris seemed to have an even stronger hatred for cannabis, despite it being hailed as a possible autism treatment.[11] This is evidenced by the fact that, in CWCville, cigarette smokers are only given a US$1,500 fine, but those who simply possess weed are taken to a maximum security prison, the same place CWCville detains terrorist leaders, as was the fate of Kathleen in the Book10Replacement.

Interestingly, the Jamaican war veteran Inos from the original Sonichu #10 somehow managed to escape this sentence, instead being forced into a soup hotel by Ultra Sonichu. Dialogue indicates it was because Sonichu believed he was actually smoking tobacco, despite him being high as a kite, unintentionally revealing that Chris may believe tobacco and cannabis to be interchangeable. The fact that "wacky tobacky" was used as a name for cannabis back in the 1940s and 50s further adds weight to this theory.

In true Chris hypocritical fashion, it was revealed by Kim on Facebook that in July 2016 Chris had tried smoking cannabis at OmegaCon, and he was offered it at Impulse as well.

Under the influence of the Idea Guy, Chris changed Sonichu's official birthday to 20 April, or "4/20", often celebrated as a stoner holiday. However, given the Idea Guy's apparent obsession with Nazis and other offensive topics, this could also be a reference to the birthday of Adolf Hitler, or the date of the 1999 Columbine High School massacre.

In 2018, Chris smoked pot with the Teen Troon Squad, hanging out at their house to partake.