From CWCki
(Redirected from Cherokee)
Jump to navigation Jump to search

Cherokians have heads bigger than their torsos, arms thicker than their legs, and wear Roman-style ceremonial armour at all times. 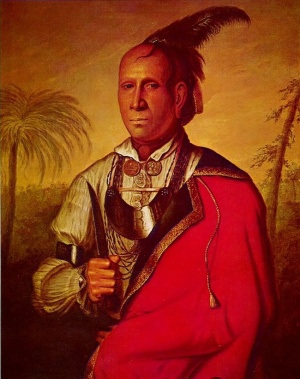 A portrait of a Cherokee, for comparison only.

Chris claims to have at least one ancestor on his father's side who is Cherokee. Thus, the Cherokian Clan is the tribe he believes this ancestor belongs to. The ancient exploits of the clan figure heavily into the mythology of the Sonichu comics.

The primary rival tribe of the Cherokian Clan was the Wasabi Clan.

Apparently living in what is now Virginia many centuries ago, the Cherokians (pronounced [tʃəˈɹɑkiən] - chuh-rock-ee-uhns by Chris) possessed considerable mystical and prophetic powers. The Cherokee leader, Christian's ancestor, wore a coveted Cherokian crown which somewhat resembled the ears of Sonichu, suggesting that there is more than meets the eye to Christian's creation.

Recognizing that Graduon could someday again threaten mankind, the Cherokians wrote the Anchuent Prophecy, describing the exact circumstances of Graduon's escape and the identity of the individuals who would summon the power to defeat him. The prophecy was locked away in the Destiny Cave somewhere near the future site of CWCville, Virginia, along with the Fireshock Pendant and Lightning Bracelets that would empower two of the three "electric creatures" fated to stop Graduon. 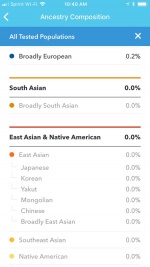 The truth is out. 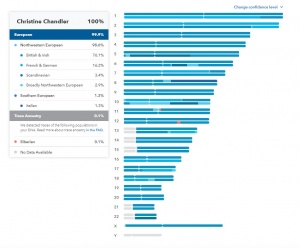 Is there still a chance?

Chris is among a very large number of Americans — most of whom aren't autistic man-children — who claim to have some distant Native American heritage. In particular, it is common for many white and black people, especially in the South, to specifically claim Cherokee heritage. How accurate all of those claims are is another matter. At least in some cases, it is more likely that the "Cherokee ancestor" is a cover for having a distant black ancestor if the person claiming the ancestry is white, or vice versa.

Chris has actually given multiple values for how much Cherokee blood he has; for example, in Chris's emails to Jackie, he says that he's actually 1/16 Cherokee Indian, but then in the Regina Emails, he states he's 1/32 Cherokee. Bob seems to have encouraged Chris's claims to Native ancestry, telling Emily that he (Bob) was "at least" one-fourth Cherokee. Assuming Bob was correct, this would mean Chris is actually at least one-eighth Cherokee. Chris's claims that he is 1/16 or 1/32 Cherokee would indicate that he is shitty at math or that Bob himself is inconsistent.

Chris also seems to be unaware of or uninterested in which branch of his father's family tree his Cherokee ancestry comes from. In the Poké Family Tree he made in 12th grade, he gives stereotypical Native American garb to all eight of his paternal great-great-grandparents, even though he does not even know most of their names. From Bob's comments in prank calls, it can be inferred that his Cherokee ancestry comes from Bob's mother's side—Bob claims to have Cherokee relatives who live in Oklahoma, and he says that he is a "neighbor" of an Oklahoman caller because he was born in Fort Worth, Texas. Since Bob's mother is from Texas and his father is from Alabama, it is more likely that his Oklahoman relatives would be from his mother's side.

When considering the likelihood of this account, it should also be noted that Chris also claims to be descended from Anne Boleyn, whose only offspring died without children, as well as Englishman Daniel Weston, who didn't exist at all. For someone who takes pride in his Cherokee ancestry, he is extremely ignorant regarding actual Cherokees, who bear no physical resemblance to Chris's portrayals whatsoever. He depicts the Ancient leader of the Cherokee Clan as white-skinned and blue-eyed (and looking very much like Chris himself), referring to Cherokee artifacts, customs, and people with the dubious demonym "Cherokian," and slathering them in solid gold Sonichu-themed jewelry and armor. Interestingly, the large amount of gold, the decoration, the coloration, and the overall design makes the character look far more Mayan or Ancient Italian (Samnite, Etruscan and early Roman Republic) than anything else. Apparently it's all the same to Chris.

When a fan asked Chris to explain his inaccuracies regarding the Cherokee people and their presentation in the comic, Chris offered that he didn't know as much about the Cherokees as he possibly could. He refused to concede that he was wrong, but simply said that there might be a few facts he had glossed over.[1]

Shedding even further light onto his attitudes regarding Cherokees, Chris compared the Trail of Tears, a tragedy in which 4,000 Cherokees and many other Native Americans were killed, to some pranks in which people on the internet made fun of him.[2] 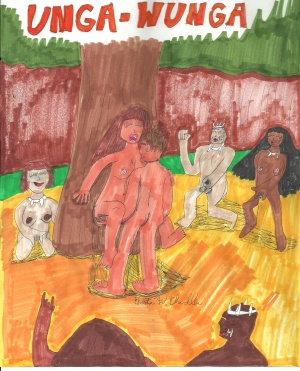 "UNGA-WUNGA" is a piece of art produced by Chris. Chris is pictured having hanky-panky with what is supposed to be Jackie up against a tree, with a group of 'native' people cheering and mass debating (at the same time) all around them. Chris came up with this idea on his own; Jackie had asked him to draw of picture of (non-specific) men jacking off at the sight of Chris and Jackie having sex in a pool. Chris justified the drawing with the tired claim that he is 1/16th Cherokee. As for the name of the piece, Chris said it was "just an expression I randomly picked for the natives to chant as they jerked off."[5] This sums up how naïve and utterly racist Chris is when it comes to Native Americans. Even the people in the picture don't look like Native Americans, but look more white and African-American.