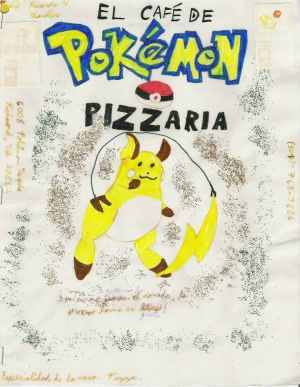 Chris isn't much of a cook, nor are any of the current or former residents of 14 Branchland Court. When Chris isn't eating reheated frozen dinners, he's usually chowing down at a variety of local restaurants. Keeping with the theme of commercial consumerism, all of Chris's favorite restaurants are chains.

Applebee's is a popular chain of sit-down restaurants. Chris has occasionally eaten here, but it's generally too dear for his budget. His most notable visit was his date with Catherine and her cousin Al on 31 October 2014, where he horrified staff and patrons alike. During the father call, he mentions taking Kacey there and leaving a 15% tip on a bill of (somehow) ten dollars – a whole $1.50. Chris would also have a date with an obese woman, which he codenamed as "the Hambeast", whom he later revealed her name as Faeryn.

Chris favors McDonald's, whereas Bob preferred its rival, Burger King. Thus, Chris usually only ate here when he was out with his father. 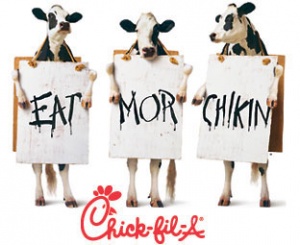 Collegeville Italian Bakery Pizzeria Napoletana is an Italian restaurant in the Philadelphia suburb of Collegeville. Chris visited on 23 June 2018 after he was booted from the TooManyGames convention for inappropriate behavior. He plugged the restaurant on Twitter and suggested a new pizza called "The Sonichu Zap!" made with yellow peppers.[5] 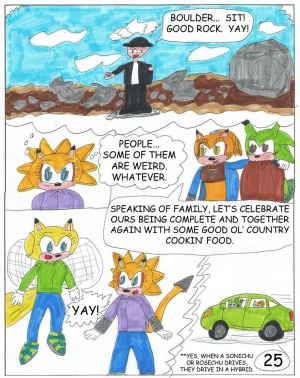 A Mexican restaurant chain with a location in Ruckersville where Chris and his parents have eaten.

Golden Corral is an all-you-can-eat buffet chain, well-known in the American South and Midwest as the place to go for a maximum ratio of calories consumed to cash expended. Just don't think too much about where it all came from. During Chris's date with Emily, Bob mentions that he had a heart attack there while paying for the family's meal, but was caught by Barb before he fell to the floor.[9] Despite this, it was one of Chris's favorite places to eat, probably since he could stuff his face with fatty, low-quality food at a low price. However, the Charlottesville branch went out of business in 2010[10] and became a Chinese buffet.[11]

A restaurant chain best known for its pancakes and other breakfast foods. Chris's parents would go there for dinner every week during the classic Chris era to take advantage of the senior discount.[12] Chris was usually not brought along (ostensibly because it would disqualify them from the discount), but his parents would get takeout with their meal and bring it home to him afterwards. Chris was fond of their grilled chicken sandwiches.[13][14]

A pizza chain with a location in Ruckersville.

Rylie's Diner (misspelled as "Riley's Diner" by Chris) is a diner in Ruckersville where Bob and Barb once ate. Barb got in an argument with the "bitchy" owner for bringing a q-sand from McDonald's into the restaurant and continuing to eat it even when told by the owner to stop. Barb was told to leave, at which point she walked out to her car with her cup of tea from the restaurant in hand and filled up her own personal cup with it. Unsurprisingly, Chris took his mother's side in the quarrel.[16]

Sonic Drive-In is a fast food drive-in chain which coincidentally has the same name as our autistic hero's favorite video game franchise. It has no locations in Chris's area, so he is not a regular patron. During his Ohio trip, however, Chris visited a Sonic location in Streetsboro, Ohio, perhaps intrigued by the restaurant's name. He ordered a hamburger with mayonnaise and no pickles and a lemonberry slushie "made from real fruit."[19]

Starbucks is a very popular Seattle-based coffee chain which Chris has used as a place for dates and meetings with strangers as well as to satisfy his craving for sugary drinks. There is a Starbucks café near Charlottesville Fashion Square; there used to be a Starbucks kiosk inside the mall as well. Chris has patronized both locations.

Subway is the world's largest fast-food chain, selling cheap and mediocre submarine sandwiches. Chris mentioned a nearby Subway in the DayOut videos, and said that he likes Subway in a call from jail. "Foglechu", named for former Subway mascot and convicted pedofork Jared Fogle, was one of The 69 Destined Sonichus and Rosechus.

A "Mexican-inspired" fast-food chain with a location in Ruckersville.

TGI Fridays is a casual dining chain where Chris used to hang out with his friend Joshua Martinez. Chris usually paid for both of their meals. On one occasion Chris had no money for food, so Josh paid for his own meal and ate while Chris looked on in envy.[24]

As of 2013 Chris was still in the habit of going there, even though he and Josh had long ceased to be friends. He claimed that it was the only bar-like establishment which he still patronized, although he did not make it clear whether he came there to drink or merely to dine.[25]

The chain's Charlottesville location, probably the one which Chris frequented, has since closed.

A buffet chain with a location in Charlottesville. Despite being a buffet restaurant, Chris seems to think of the place as a high-quality eatery.