From CWCki
(Redirected from Pickles)
Jump to navigation Jump to search 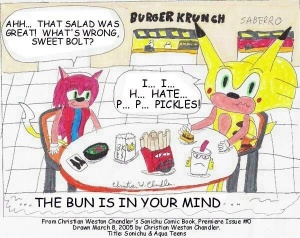 Whether this is because pickles remind him, even when sliced and under the bun of a sandwich, of cocks, or whether he simply has an aversion to foods with a strong taste or smell, remains to be seen. Considering his diet, pickles may simply be too much flavor for a man who has notoriously bland tastes to handle, and in his high school project "A Week With Christian Chandler" he says (speaking about himself in the third person) that "lettuce or tomatoes (and a few other vegetables) alone makes him feel green in the face". Then again... 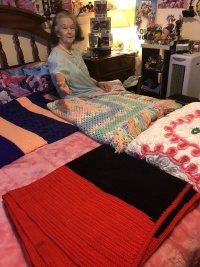 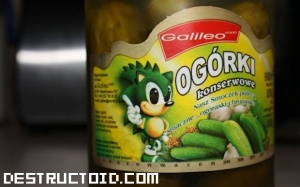