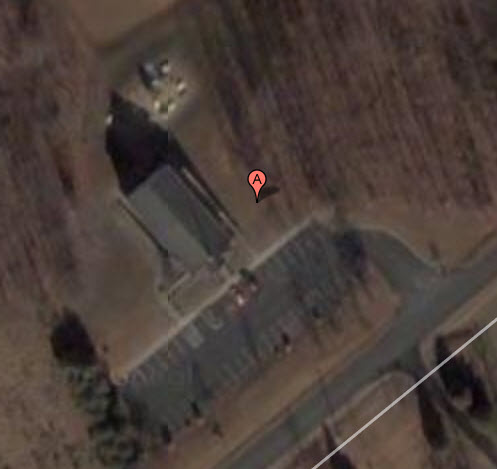 Grace Baptist Church, located in 3764 Pritchett Lane, Charlottesville, VA,[1] is a Southern Baptist[2] Church in which Chris was a member until being kicked from it.[3] The exact date when Chris started to attend Grace Baptist Church is not known. The church was founded in July 2000,[4] shortly after the Chandler family returned to Ruckersville.[5] It can therefore be said for certain that Chris joined the church no earlier than July 2000, but it is also possible that he joined the church at a later date.

The approximate date of Chris's expulsion from the Church can be determined with a bit more certainty. In an email Chris sent to Megan on 18 April 2008, he mentions that, due to his expulsion from Grace Baptist Church, he has been attending Wesley Memorial United Methodist Church for more than a month.[3] If we take his words to mean at least a month and a couple of days, we can determine that Chris was expelled from Grace Baptist Church no later than the middle of March 2008. It is possible, though, that Chris was expelled even earlier; in an email from 4 March 2008, Megan wrote to Chris that she is "sorry to hear about the Church thing" and that "Some people just aren't meant to work under His name".[6] This is probably a reference to Chris's expulsion from the church, suggesting it occurred during the beginning of March or earlier.

In September 2008, Chris claimed that "Pastor John Hartless did not like my views I've expressed in my video I did on my 25th Birthday, and he found the ED page."[7] When publicly asked about his old church a little more than a year later, Chris claimed that the pastor "did a background check" and merely found a few images of girls in bikinis on Chris's Facebook page.[8]

After his expulsion from Grace Baptist Church, Chris practiced at the Wesley Memorial United Methodist Church. It seems that they were more willing to tolerate Chris's bullshit, but eventually they reached their breaking point as well.

The church in which Chris's imaginary wedding to Ivy takes place, CWCville Baptist Church,[9] is most likely named after Grace Baptist Church. This is peculiar, considering that the Wedding Comic was drawn on 2009, after Chris's expulsion from his old church.