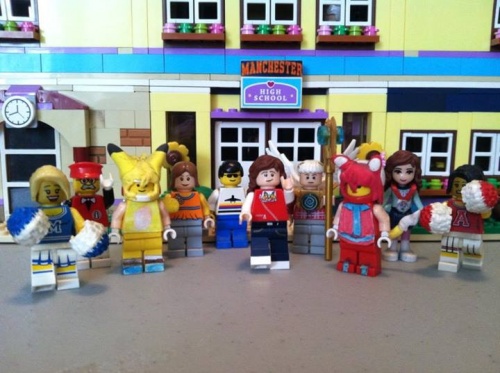 Chris's cover photo of him in Lego Manchester High School which was uploaded on 25 March 2014.

The following are a series of posts posted by Chris on Facebook on March 2014. On this month, Chris posted two pictures about his Lego Manchester High School and posted two posts about the rumor of him shoplifting at Best Buy.

On 29 March, there was a thread on the CWCki Forums about him shoplifting at Best Buy on 5th of March: [1]

Chris then responds to the thread a day later... on Facebook:

Now quit your damn obsession over me and take down the damn Cwcki and your Damn Forums and leave me and my close ones alone to live in peace!!!

Needless to say, his friend Kim Wilson claimed that she saw him shoplifting:

When asked whether she accompanied Chris to Best Buy, Kim responded:

Another day passes by, and Chris posted another Facebook post about the release of the footage of him shoplifting. He then posted a link to the site that's supposedly behind this: 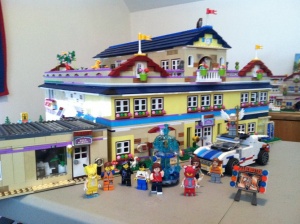 Stay in School, make and KEEP ALL OF YOUR FRIENDS, and build from your education; that is how you really become awesome.

On 25 March, Chris posted his LEGO High School picture on the The Awesome Alliance competition page. It was later shared on Facebook three days later and as of now, the picture gained 3050 "awesomeness".