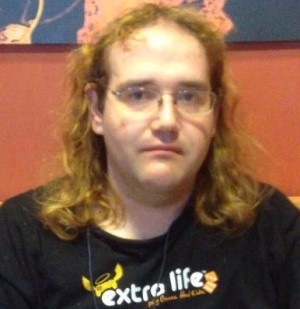 Chris included a link to a YouTube video, the first he had released to the public in over two years. He also uploaded no fewer than 50 photos of his new Lego monstrosity, mostly stills from the video.

While the video received a lot of attention from his fans, not all of it was positive.

Chris revealed that his new video was part of yet another contest.

The attention given to the Facebook conversation of his new video annoyed some of his friends. Chris apologized:

One Matt Stufano replied to Chris:

Chris replied in turn, once again dismissing a friend's well-meaning advice and choosing to wallow in self-pity:

Hurt, Lonely and Depressed For The nth Time

Once again (unsurprisingly), Chris posted on Facebook that he's lonely and depressed. However, he posted some pictures featuring his heart, along with a poem.

He then replied to his own post and revealed that he was also feeling anger:

The definition of insanity

The Person I Am

Of course, this is merely an exercise in futility, as Chris has had 5 years to learn from his past, yet has failed to learn anything.

On 7 November 2013, William drew a picture of his cousin Anna and uploaded it. Chris asked: