The following are series of Facebook posts Chris posted from 20 January 2008 (his first Facebook post and probably the month he created his account, having been one of the last to abandon MySpace as a social site) to 6 September 2011, before Chris started posting often on Facebook about four months later.

I am a good man

Chris posts his first Facebook post, complaining about the cyber bullies and wants people to help him.

The Common Question, "Do I know you?"

Chris posts another post, complaining about the common question "Do I know you?". 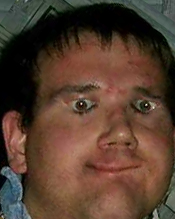 Chris complains about how shy he is in the Alderman Library.

What I am looking for in a woman

After a three year hiatus, Chris posts on Facebook about the qualities he looks for in a woman.