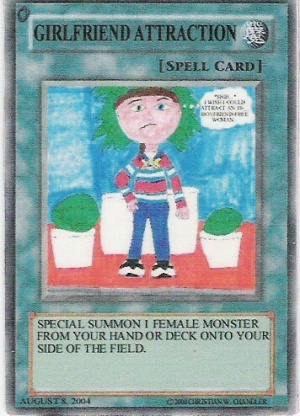 Chris got into Tarot readings as part of his New Age spiritiual beliefs. 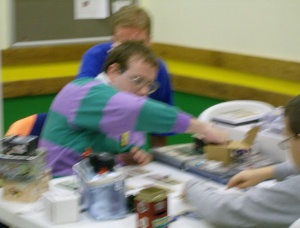 Chris claims to have volunteered as an assistant Gym Leader at the Pokémon League at the Midlothian VA Books-A-Million between March 1998 and June 2000.[2] This is impossible, as the Pokémon trading card game wasn't released in North America until December 1998, and its official league wasn't founded until the following year. It is also unsure as to what extent Chris was actually "assistant Gym Leader," and whether or not he was just mucking about and behaving like a toddler. Chris would have stopped going here after his family moved 77 miles (125 km) back to Ruckersville in the summer of 2000.

Chris says he volunteered as assistant Gym Leader at the Pokémon League at the Charlottesville Toys "Я" Us between June 2000 and June 2002,[2] after his move back to Ruckersville. Again, we don't really know if he actually had duties, or if he was just joining in with the children.

Chris claims to have volunteered as assistant Gym Leader at the Pokémon League at the Charlottesville GAMe PLACe.[2] He started to go there in June 2002, and regularly visited until he was permanently banned by Michael Snyder in August 2008. Lucas has stated that he actually sometimes did work there as a Gym Leader, although this was only very occasionally, when there were no better people around to do the job.

Chris's hangout from 2015 to 2018. Chris said that he brought his friends Magi Chan and Discord along for events there. Chris was banned from the store after arguments with a game judge and the store manager over whether Sonichu's likeness should be included on the Pokémon league sign. 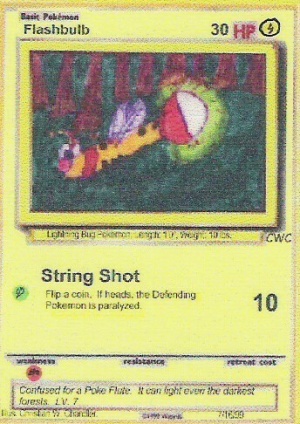