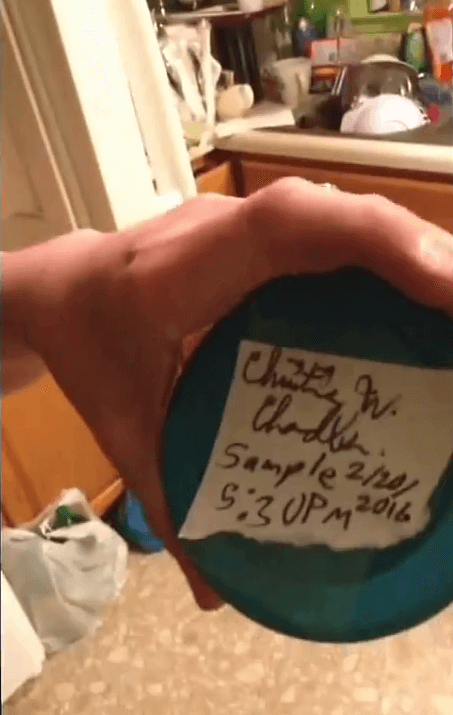 Chris, holding a container of his frozen sperm that he had just pulled out of the freezer, February 2016.

Chris's computer was located here, and before the house fire, he had shot a few videos in this place, including various videos of him mass debating. After the fire, he kept his sperm in the freezer, next to the TV dinners and ice cream he and his mother eat. 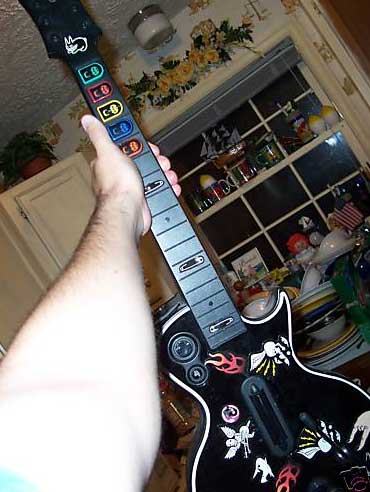 The following items were present in Chris's kitchen: 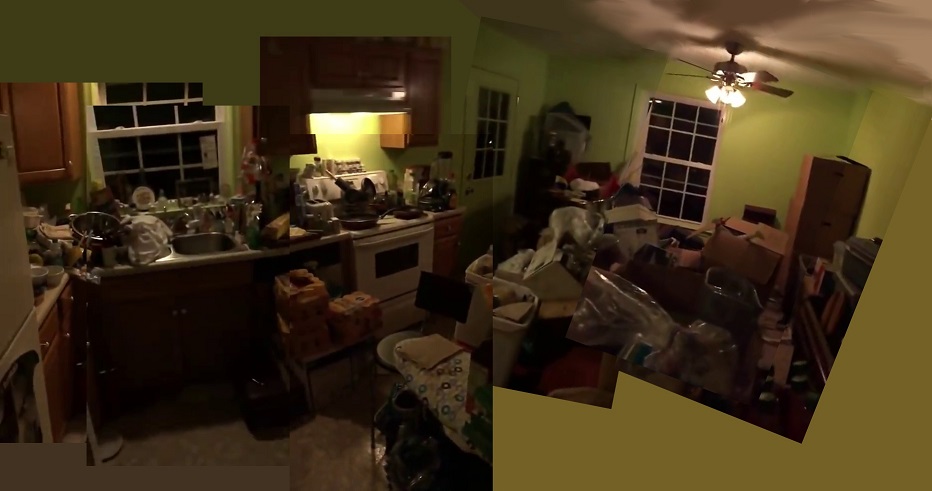 After the house renovation, the Chandlers managed to keep less clutter in the kitchen. There is now enough room for Chris and Barb to cook food on the stove, as shown during Thanksgiving 2016, when Chris posted photos to Facebook of the Chandler family's meal.

However, the sanitary level of the kitchen is still an issue. In February 2016, a video was leaked of Chris showing off his collection of frozen sperm.

The containers, made of Tupperware, are labelled with "DO NOT CONSUME," "Sample," a date- and time-stamp and his signature. One had a date of "5/18/2015" and another "2/20/2016," showing that he had been maintaining the collection for at least nine months.

Chris's goals are to keep his semen viable after transgender surgery/Subliminal Frequency Hypnosis removes his duck, and he also wanted to be able to donate to a lesbian couple named "Sam and Ella," an honor he lost to Johan. Of course, a D.I.Y. sperm bank will not work with a standard freezer, so all Chris has accomplished is making something that pairs with his Fanta.

Presumably, almost all of Chris's IRC chats and webcam/VOIP conversations took place in the kitchen, save for a few that employed only his PS3. He has also ventured out of his room to record several videos in front of the computer in the kitchen.