Hey Canine. Sorry about being a tard on IRC. I guess you guys are right, I'll just continue transcribing Mumbles from now on. Ronichu 08:13, 15 April 2010 (UTC)

I have some pressing business that I was referred by Champthom to you on. Do you have MSN or AIM by any chance? This kind of needs to be kept off the talkpages/IRC.--

I been personally hired by Chris

To ensure an attack on your wiki is inevitable. You have made great injustices by trolling and harassing this man, but the kind Pickbothmanlol will not tolerate your bullshit. Tell Clyde Cash that I want him to personally e-mail me at my talk page. Omegaforce 18:57, 6 September 2010 (PDT)

Tanaithetraitor and I will ensure that Clyde Cash talks to us or the wiki will undergo a seige. Omegaforce 18:59, 6 September 2010 (PDT)

Chris use his tugboat for something other than PSN shit and fast food? That is a good one. RobGoblin 07:09, 7 September 2010 (PDT)

I don't know how you do all the stuff you do! I just thought you should get some appreciation for all your hard work within these past few hours (as well as these past few days, weeks, months, etc). I don't know how that person managed to do all the stuff/blanking they did, but you seem to be on the ball and made it look easy to fix (though I'm sure it's extremely time consuming). I just wanted to say Thanks for being fan-freaking-tastic...so THANKS! <3 --4Macie 21:12, 31 December 2010 (PST)

Haha, uhh, thanks. I mean, when people vandalize shit, there's a handy little revert link. So I can just go down the line reverting everything. Not too hard. But thanks anyway. Heh. Canine 13:05, 2 January 2011 (PST)

Get out of bed!

[walks into Canine's bedroom, making furnace noises through snuffle] f-f-f-f-f [in a normal voice] I'm Snuffleupagus! Get out of bed! [pokes Canine with snuffle, Canine jumps out of bed] --Snuffleupagus 14:47, 9 January 2011 (PST) 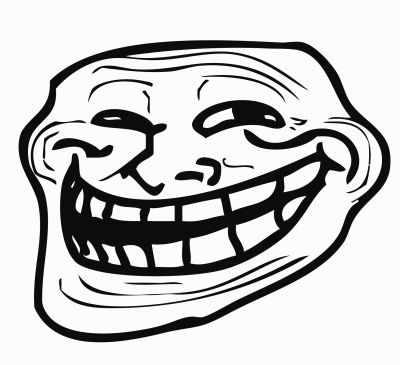 Canine, could you blank my post on the Tomgirl Forum's talk page? It mentions Kim and I don't want Chris up and deciding that she's a slanderous troll (if he hasn't already, I wouldn't know). Thanks. Nullity 02:05, 21 July 2011 (PDT)

Oh, another thing. There are quite a few new users. I suspect that they're all from the one IP address. You're probably aware of this. I have to trust that you guys know what you're doing but I fear a shitstorm's brewing. Nullity 20:29, 21 July 2011 (PDT)

That was a genuine drawing by christian weston chandler, there is no point in proving it fake Some

of course it was real, why did you delete it?-Some

Appealing a Ban on the Forum

What is the proper procedure for appealing a ban on the CWCki forum?

The following accounts should be blocked:

Hello, I noticed there has not been much activity recently on this site, and I was wondering if you could do a backup of the CWCki wiki and release it for download, (or host on Mega or TPB.) Since there is a lot of information on this site, I would hate to see it disappear one day. --CrackRabbit 19:45, 18 February 2013 (PST)

I see account creation has been disabled and you're merging all the spam accounts. Would you be able to reenable editing for non-Jerkops or is Cogsdev the only one who can do that? FokkerTISM 00:55, 18 March 2013 (PDT)

I wanted to add these http://www.sonichu.com/w/images/thumb/3/3a/Savannah_chandler.png/ to the facebook page and put up transcripts of them. As you can see from my edit history I am not a spambot, could you enable editing for me?--Steve Landcleamer 10:28, 23 March 2013 (PDT)

Is editing supposed to be open to all registered users? Cause I still can't edit articles. I think that my previous edits show that I'm a legitimate contributor, can you please enable editing for me? Plus I suggest you shut down editing for non-registered users, some anonymous IP user did some vandalism that I had to revert. - NegaCWC 15:35, 24 March 2013 (PDT)

Huh, weird. According to both the settings and the ListGroupRights page, users should be able to edit. I'll look into it. Canine 17:17, 24 March 2013 (PDT)

There's a description of the meetup floating around somewhere. Indeed, it's legit. I think Kacey might've been exaggerating and/or misinterpreting some of Chris' behavior though. Fatty's pretty gross and creepy, but specifically trying to grab her tits? I don't know about that one...

Why are you replacing her name with an image of it all of a sudden? It's not like she knows or cares about her portrayal in the comics. FokkerTISM (talk) 23:06, 2 April 2016 (UTC)

I was contacted by JKH on the subject. He asked politely. Kathleen's a pretty minor character, all things considered and Chris only mentioned her directly a few times. I'm going to censor anything outright, but replacing the occasional mention of her name (I think I counted two) with an image is a reasonable compromise. I renamed her article to Kathleen and changed the relevant links. Canine (talk) 23:47, 2 April 2016 (UTC)

My goals were to make it difficult to search for her full name and happen upon the cwcki page, but to also keep as much direct Chris content intact as possible. I just cut her name down to Kathleen whenever it's mentioned in cwcki commentary. Chris quoted her name directly twice. I don't really want to redact things Chris himself wrote, if possible, so I replaced those instances with images. I only counted two of those. Canine (talk) 00:48, 3 April 2016 (UTC)

A CWCki user (Hagibor on the CWCki, Henry Panfil on YouTube) is sperging out because he got added to the A-Logging Wall of Shame (I mean, if asking Chris to cut his balls of on camera isn't A-Logging then I don't know what is). Now he keeps vandalizing the Page. I keep trying to undo it, but to no avail. If I fucked up by adding somebody without being an admin, I apologize. Newwaveknight (talk) 03:47, 6 April 2017 (UTC)

Hi there, I was planning to chip into the tugboat, but PayPal wouldn't let me do it through my account. I tried clicking on the link to the cwcki PayPal website too, but it redirected me back to the main page.

Were you unable to paypal money to cwcdonation@gmail.com ? Sorry, we've always had problems with paypal donations. If you can't send anything through, I appreciate the effort regardless. Hopefully I should be able to set up a more sturdy payment method at some point. Thanks! Canine (talk) 04:14, 11 October 2017 (UTC)

Can ED be Used to get Info?

There several information that are possible useful for the Cwcki found in ED. Some of them include Liquid Chris' real identity and Sarah Nicole Hammer's death. Is it ok to get info off this site? -Larry the Larryhog (talk) 23:13 7 December, 2017 (UTC)

The issue is less about the source, and more about the relevance to CWC. Would either of those two things help improve understanding of Chris himself? Canine (talk) 04:24, 8 December 2017 (UTC)

Since there is a heavy influx of bot spam accounts and Hurtful is the only one who can remove them, I suggest we to make more moderators. Hopefully someone active, like psychonerd and Makichi. PS, Did your hear about a Sonichu 16? I'm surprised 14 is skipped. -Larry the Larryhog (talk) 19:25, 24 January 2018 (UTC)

Hi there, I wish to draw your attention to a suggestion that I posted yesterday regarding the skipping of the reCaptcha for legitimate contributors like me, regardless of whether they have to use a VPN or not.

Also, I think we need the UserMerge and Renameuser extensions to merge all the blocked users into one: I ask this, because some of the user names are spam itself (source). --Little Owl (talk) 22:55, 21 April 2019 (UTC)