From CWCki
(Redirected from Cwc)
Jump to navigation Jump to search

/cow/ is an image board dedicated to Chris and other lolcows. Various other imageboards have also followed Chris, including /cwc/, Krapple, Legi0n, 789chan and /atf/.

Ivy has alleged that Chris had discovered the site, based on a tip off from a successful white knight, but his response was that the colors bothered him and that there were "too many words."

Chris made direct reference to the 789chan incarnation of /cwc/ in the video It's not that cold, asking if they'd fuck him. In the video, he also pretends to dig up his dead dog Patti Chandler and wear her as a coat. This is also a reference to the /cwc/ board, as a vocal minority of users in Legi0n era /cwc/ kept suggesting that the trolls should hire a tranny hooker to dig up Patti, as a way of trolling Chris. How much Chris actually knows about 789chan or whether or not he browses the board remains to be seen. 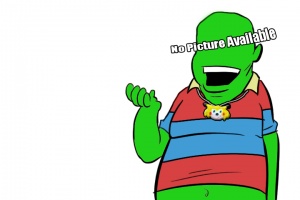 /cwc/ was originally set up on the Krapple board, but on 1 November 2009, /cwc/, as well as the entire board, was permanently deleted for CEO having terabytes of anime on server space. It was brought back soon after on a spin-off chan on Legi0n. Legi0n also later shut down due to some drama with some of its admins in August 2010, and the board was moved once more to 789chan. While hosted at 789chan, /cwc/ was re-purposed as a general lolcows board rather than a Chris-centric one, though Chris still remains the most popular topic and the board's namesake. The administrator of 789chan tired of running the website, and decided to let the project die in November 2012. This probably comes as no surprise to the users as a few months previous he explained this was soon to happen and that he was burned out from the project. Almost immediately after the loss of 789chan, a shifty Mexican business man rebuilt the site as n0chan with similar code, calling the new board /cow/. This later died, with the next incarnation being found on 888chan, which later died in November 2014 when the administrator of 888chan got sick of paying for it. The board was then hosted on n0chan again, returning under new ownership before quickly dying again. The next incarnation was then formed on 8chan in September 2014, which stayed for five years before the site shut down on September 2019 after a prolonged outage due to several recent controversies. 8chan would later return under a new name, 8kun, though not before users set up another board in JulayWorld, a bunker site. As of August 2020, the current incarnations can be accessed either on 8kun or AlogSpace, JulayWorld's successor and now an independent site.

Due to the unmanageable volume of posts on /cwc/, the Legi0n staff decided to create additional, more specific Chris-related boards. /cxc/ (fanfics and copypastas), /kcwc/ (chris-related songs/music videos), /CWCrt/ (trolling schemes), and /library/ (to archive threads of major importance). The move to 789chan eventually dropped all of these boards, while adding /L/ in place of /library/.

/cwc/ and its later incarnations also operate an IRC channel. They also had a dedicated trolling wiki, but it has since shut down.