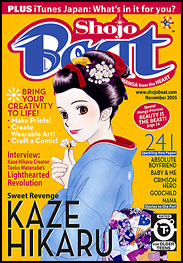 Shojo Beat was a manga anthology magazine (specifically geared towards young girls) published from July 2005 to July 2009 by Viz Media. Chris sent a letter to them, which got published in the November 2005 issue.[1] In it, he stated how he related to the lead character of Absolute Boyfriend, particularly with her initially having trouble finding a sweetheart. He also used the comparison as a way to complain about how he can't find a boyfriend-free girl.

A response letter from "Eris" was published in March 2006.[2] It offered some very good advice on how he shouldn't only look for "pretty girls", and manages to eerily predict how Chris would fuck up his future relationships with women.

Chris's published letter managed to offend his then-gal-pal Megan, who voiced her discontent via an email to him a few months later. 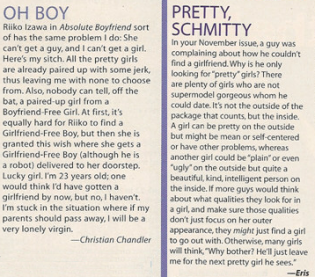