Sprung is a Ubisoft video game for the Nintendo DS that's a hybrid of adventure and dating sim. The game was panned by critics, but Chris, purchasing the game when he bought his DS, thought that it would give him lessons on "what to say to, or do for, a girl" (in other words, a vidya version of Dating Education). In a letter Chris sent via the Internet to the magazine Nintendo Power, he states that the game gave him confidence and helped him cope with his noviophobia. 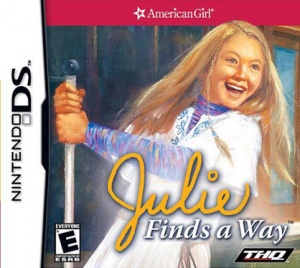 The DS game Chris really should have learned from.

Chris dedicates his March/April 2004 [sic][1] issue to his Nintendo Power letter, describing it as a "free personal ad", saying:

The text of the letter reads as follows: