On 25 June 2010, Chris uploaded RandomHumor1, a two-part Flipnote Hatena animation that steals mercilessly from Peanuts. While the animation is supposed to be random-access humor, the dialogue is stolen almost verbatim from The Charlie Brown and Snoopy Show episode "Sally at School".

The first of the two animations, RandomHumor1Part1, depicts a sister showing her brother what she's learned in school. The only difference between the Peanuts cartoon and Chris's abomination is that Chris swapped out the word "princess" for "sexy, beautiful woman." The reasoning behind this change should be very, very obvious. 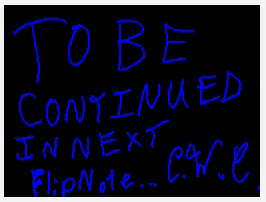 Sister: [In a horrible, high-pitched voice, imitating Sally Brown] Some numbers can't be trusted! These are threes. Did you know that you can never trust threes? See? Threes turn sideways, and pretend that they're M's or N's. And sometimes they turn themselves around to make you think they're E's. Weird, huh? And sometimes they'll even lie on their backs and pretend they're W's. Come back! I'll show you some sixes. They like to pretend they're noses.

Writing: TO BE CONTINUED IN NEXT Flipnote... -C.W.C.

Less than a minute after creating RandomHumor1Part1, Chris uploaded RandomHumor1Part2, a terrifying sequel to the original. Picking up where he left off, Chris continues his spree of stealing from people who are more talented than him by further plagiarizing "Sally at School" and The Amanda Show. 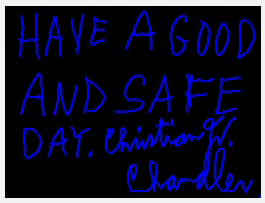 Brother: Where is right.

Sister: I C?! Who said anything about I's or C's? These are Y's! Don't you ever listen?

[The sister growls and hits her friend]

Friend: Ow! Whatcha hit me for?!

Sister: 'Cause you're an idiot!

Writing: HAVE A GOOD AND SAFE DAY. -Christian W. Chandler