SpaghettiRoutine is a YouTube video that Chris uploaded on 30 October 2010. Jackie had requested him to make a video depicting him actually cooking spaghetti (which is a very simple dish to make) in his kitchen. Chris claimed that his mother had cluttered up the stove, and thus pretended to make spaghetti instead. Chris then presents microwaved spaghetti served on a paper plate and rubs his face in it. As he wipes the sauce from his face, he shoehorns in a not-so-subtle jab at Clyde Cash. 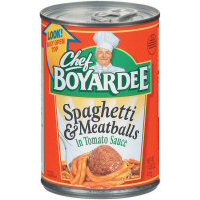 Thank goodness for Chris's TRUE and HONEST Special Recipe. (DO NOT STEAL.)

For this presentation, I was going to make some spaghetti, live in the kitchen. But unfortunately, I don't have access to stove 'cause mama put a whole bunch of crap in the way. So, I am going to mime it.

[Mimes picking up a pot.]

[Wipes down the imaginary stove and mimes putting the pot on the burner.]

Put it on the stove.

[Mimes turning on the stove.]

Set it to the boiling temperature.

[Gestures upwards, making a sound that imitates steam rushing up, before making a tapping motion with his fingers to represent the water bubbling.]

Boop-boop-boop-boop! Ah, in time the water's boiling. So we take the pot of spaghetti noodles...

[Lifts pretend noodles as if on a spoon.]

Mm, hey look at that. Drippy, no stiffy!

[Holds them close to the camera.]

I offer you some don—some non stiff drippy! But it's hot right now, so you might wanna wait a while.

Yeah, I say our noodles are done.

Hey, we pour—we drain the water out.

[Mimes getting plates down.]

[In light of this epiphany, Chris tosses the excess plates away and makes shattering sounds.]

We don't want any noodles left behind! We'll rinse that out later! In the meantime, here's a good jar of marinara sauce.

[Produces imaginary sauce. Unscrews it with unnecessary groaning noises, then a pop sound to indicate the lid coming off.]

There we go, I popped the seal!

[Sings while caressing the mozzarella.]

I gotta pop this seal. Bloop-bloop...

[Shakes it over the food.]

And we'll add other spices...from my father's collection, which includes rosemary, garlic, parsley, whatever.

And you can make your own meatballs with uh, processed meat and... put it all on a tray or something, let me throw it in, rolling it all into balls. But they end up not so good, not as good, are they? So, what about we did, what if you buy your own meatballs? We had this pot-we had this package of Swedish meatballs, cook it in the microwave alread- so they're warming up already.

[Opens a package of imaginary meatballs, does something unidentifiable to them, and appears to dump them all over the “table.”]

And in the end, on one-at least on one of the two plates, you get somethin'...like this!

[Turns the camera to focus on a plate of real, albeit canned, spaghetti and meatballs on a paper plate. Zooms in and out on it.]

[Focuses back on himself. Goes back to the baby voice.]

So now we can sit down and eat our spaghetti. It is so delicious.

[Stirs the plate of real spaghetti with a plastic fork.]

[Holds a forkful up to the camera.]

[Chris mashes his face into the spaghetti like a child and takes several disgusting bites, then emerges with sauce on his nose and chin. He holds out his arms and flashes a shit-eating grin, like he did something worth praising.]

[Laughs. Wipes his face with a paper towel.]

I'm just kiddin'. I wouldn't do that to you for real life, huh-huh. It's fun. Hey, at least my head's not fuckin' orange. Like a certain...