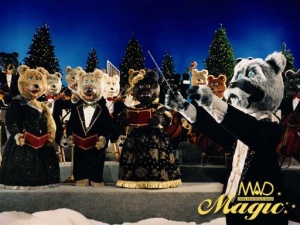 Chris credits his name change to "Leonard Bearstein", an animatronic bear in a musical program presented at shopping malls and other venues. The Leonard Bearstein Symphony Orchestra is still in operation to this day, running shows in North Carolina, Virginia, and elsewhere during the Christmas season. The Leonard character is designed to be fully interactive and engage in conversations with the audience via a human operator behind the scenes.[2][3] During a shopping trip to Richmond in late 1992, the Chandler family encountered the Bearstein show at the Regency Square shopping mall (now Regency Mall). Chris was evidently fascinated by the spectacle, and due to the light turnout that day, he received considerable attention from the interactive bear. The performer operating Leonard asked Chris his name, and misheard "Christopher" as "Christian." Chris and his family seem to attribute this error to Leonard's English accent, rather than the fact that a mumbling kid was slurring to a man over a microphone built into a robotic bear. (While the name "Christian" was uncommon outside the UK until the late 80s, "Christopher" is a very common name on both sides of the Atlantic, and that's ignoring the fact that Bearstein could be faking his accent.) [4]

For reasons understood only by him, Chris adopted the new name and insisted upon being called by it.[5] On 29 December 1993, the Richmond Times-Dispatch ran a fluff piece on the incident. The story drew a connection between Chris's experience with the bear and his successes in finding an autism-friendly school and winning the Sonic the Hedgehog Watch & Win Sweepstakes, and reported the family's decision to begin the legal process to rename him. It also quoted Chris's father Bob as admitting that he had wanted to name his son "Christian" to begin with, but "was chicken".[4][6] 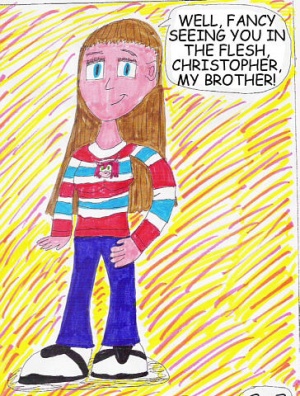 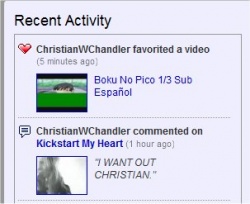