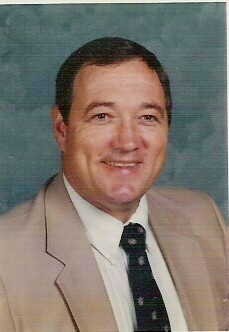 This man put up with Christian for an extended period of time. May God have mercy on his soul.

Chris has spent a great deal of his school years hopping from one school to another. This is a list of the schools that he spent time in.

Greene County Primary School in Stanardsville was the school Chris attended from kindergarten through the third grade.[2] In Song of Christian, Chris calls it a "nice school". 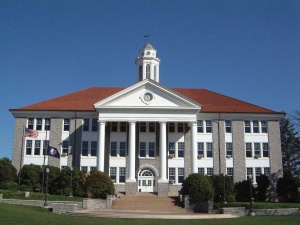 James Madison University is a university that Chris went to for speech therapy sessions at a young age.[2]

Chris carpooled there with his friend Joshua Martinez.

It's the best college ever, Chris once said.

However, a video has shown that his arch-nemesis Gregg Mays attends this college, and therefore, Chris may think differently about it today.

Following conflicts with the Greene County school system, Bob withdrew Chris from Nathanael Greene Elementary School and homeschooled him for his fifth-grade year (1992-93).

Although Chris believes that he moved to Chesterfield County in September 1992,[3][4] contemporary sources indicate that he did not move until September 1993,[5] meaning that his homeschooling would have taken place at 14 Branchland Court in Ruckersville. 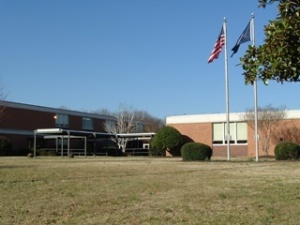 Chris's middle school.[2] Chris has described his time there as happy.[6] He is fond of Mrs. Sanford, one of his teachers from Providence whom he sees as one of the most influential teachers he had. Chris credits her with helping him develop social skills and teaching him how to cope with various problems, such as bullying.[7] That being said, Chris would also later on moan about verbal bullying he endured at Providence and being dragged to the school's principal office. He even described those events as being on the same level as having been abused by his babysitter.[8]

Chris was allegedly abused at this elementary school by the principal and members of the staff. According to Chris, they pinned him down and recorded him screaming. His father then moved the family to Richmond and took legal action against the school district. The case was dropped in 1994. Chris claims that he had very uncomfortable experiences with one allegedly gay teacher at Nathanael Greene which Chris uses to justify his homophobia. Chris and his father also believed that the Greene County school system was not qualified to teach autistic children and Chris would spend his fifth grade being homeschooled by his parents in order to protect him from the perceived danger of the public school system.

Chris attended Manchester High School from 1996 to 2000, and has very fond memories of his time there. He seems to consider these years to be the best of his life. Chris may be right; there are photographs and an attached story documenting that on his 18th birthday, several attractive girls came to visit and spend time with him. Such a thing is nearly unthinkable today. Photographs from the period also show that he was reasonably slim compared to today. Chris claims that he was a honor roll student and did well academically in high school, yet his assignments that he turned in prove those claims dubious at best.

Chris's mediocre grades in high school meant his only option for further education was this community college. Here he began a two-year associate degree which took five years to complete, owing to his Love Quest beginning in earnest and in turn severely maligning his academic life. PVCC was also where Chris would meet one of the greatest foes of his life.