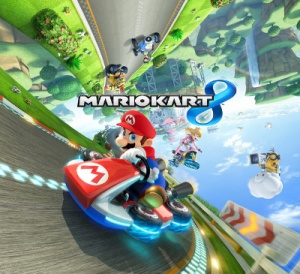 Mario Kart is a video game franchise created by Nintendo in 1992. The series pits iconic characters from the Super Mario series against each other in a kart racer. In May 2014, Mario Kart 8 was released worldwide on Wii U, and soon thereafter, Chris started uploading some videos of his gameplay. Chris bought the game the same year, despite the fact that he and his mom were suffering through financial hardship. It is worth noting Chris has at least the second DLC pack for the game, so it can be assumed he has the first as well.

On 17 July 2014, Chris created a video by using the MKTV editor and uploader. He posted it onto Miiverse and YouTube, offically confirming that the Miiverse account was owned by the TRUE and HONEST creator of Sonichu. Chris must have enjoyed making them because he made five more.