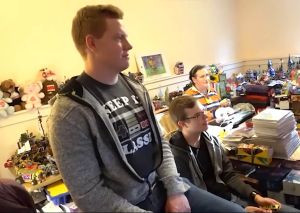 Tetris 99 is an online version of the tile-matching video game Tetris, developed by Arika, and published by Nintendo for the Nintendo Switch in February 2019. The software is free for Nintendo Switch Online subscribers. Incorporating elements of the battle royale genre, Tetris 99 has up to 99 players competing simultaneously to complete rows with falling tetrominoes, which in turn send attacks in the form of "garbage rows" to other players with the goal of knocking them out of the game.

Chris bought the game in 2019. His username is CWCSonichu. It has since become one of his most-played games on the Switch, and he has gone so far as to describe it as part of his daily routine. As of July 2021, Chris had put 565 hours into playing Tetris 99.[2] The game is further notable for being one of the few things that Chris is genuinely good at, his performance documented by several individuals who have encountered him in this game. Chris has taken pride in his Tetris 99 skills, going as far as to brag about his success in this game on Twitter. Chris was last documented playing the game on 22 July 2021, only ten days before his arrest for incest.

In a tweet on 11 March 2019, Chris claimed to have gotten #1 position on 5 Tetris 99 sessions over the preceeding weekend, with him getting 3 wins in a row on saturday, 9 March.[3] 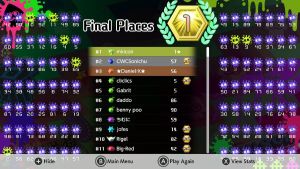 Reddit user /u/mkicon encountered Chris in Tetris 99 on the night of 28 to 29 July 2019. /u/mkicon was first in this game. Chris arrived in second, having been knocked out.

/u/mkicon described his experience as follows:[4] 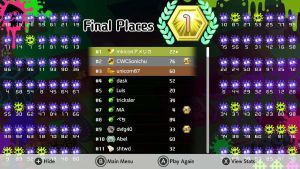 Reddit user /u/mkicon encountered Chris on Tetris 99 for a second time on 28 December 2019. Just as in the first encounter, /u/mkicon was first in this game, and Chris arrived in second, having been knocked out.

On 30 December 2019, TheGamerFromMars and Copitz visited Chris Chan's home to shoot footage for a then-upcoming Chris Chan documentary, The Chris Chan Conspiracy. During this visit, Copitz and GFM both played Tetris 99 against Chris locally. During this session, Chris described the game as part of his daily routine.[6] 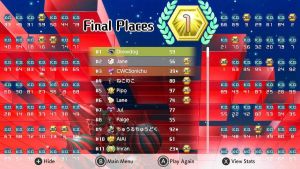 Drewdog described his experience as follows:[7]