From CWCki
(Redirected from IBAChandler)
Jump to navigation Jump to search 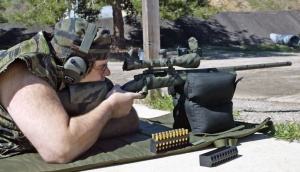 Ian Brandon Anderson was a name given to Chris in late 2009 as part of an in-joke during the Liquid Chris saga. When Liquid first showed up, his gimmick was that he was supposedly the real Christian Weston Chandler, and that the CChanSonichu account on YouTube had been hacked by an impostor a short while ago, and it was the impostor who was now operating the IBAChandler account and pretending to be the real Chris. In this narrative, Ian Brandon Anderson was supposedly the real name of the impostor. 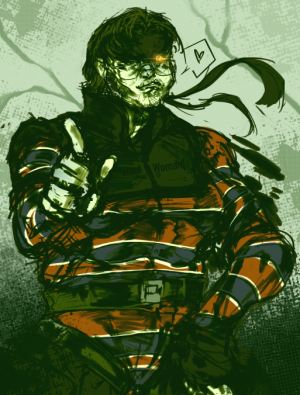 IBA, AKA "Solid Chris" as illustrated by Epinephrine on the CWCki Discord

The name originated from the first 3 initials in Chris's new YouTube screen name. As Chris later explained, the real meaning of IBAChandler was that it was a magnificently stupid wordplay joke, meaning "I Be a Chandler", as in "I, Christian, am one of the Chandlers" (inspired by Bob's old license plate, which read "IBMRC" [I Be Mr. C]). However, when Chris later uploaded Rollin' and Trollin', he gave the real trolls ammunition to use against him, as they were able to support Liquid's claims of being the TRUE and HONEST Chris-Chan, whilst claiming that the actual Chris was really a troll, and using the video as proof of their claims. During this, one of the many YouTube trolls involved came up with the idea that IBA was actually an acronym for the impostor's real name, deciding that it meant Ian Brandon Anderson. Liquid himself later picked up on this and began accusing Chris of being Ian as well, leading directly into the rest of the Liquid Saga, such as the SingStar Challenge and the conflict over Kacey.

Of course, suggesting that Chris was anything other than the true and honest Christian Weston Chandler was a serious insult to him. Every instance of Liquid calling him Ian in phone calls or in a video would cause Chris to rage and scream about how he was the real Christian, resulting in such humorous videos as CHRIS!!! CHANDLER!!! in which he screamed the infamous phrase "I NAME IS NOT IAN...BRANNAN...SOMETHING!!!". Ironically, Chris's over-the-top reactions over being called Ian Brandon Anderson only helped the nickname stick even further among trolls.

When Chris later included Liquid as a character in the Sonichu comic, his character's name was IBAChandler, just like the YouTube screen name.[1]

Though Chris did tard rage over being called Ian several times during the Liquid Saga, it should be noted that he only ever reacted to Liquid calling him as such. In spite of what you may think, weens commenting on Chris's YouTube channels and calling his house to scream into his phone haven't done anything to Chris, because even he is aware of how childish their attempts at getting under his skin are.

A letter to Chris by a fan dated 21 October 2021 included the name transliterated into Perso-Arabic script at the bottom.