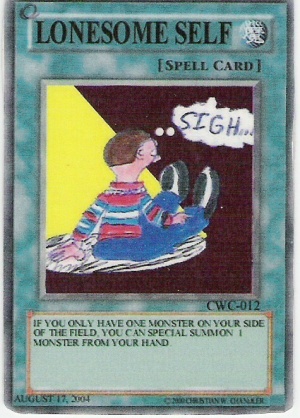 Get used to it, Chris.

The Infinitely-High Boyfriend-Factor is Chris's primary concern on his Love Quest. It refers to the incredibly high probability that any given girl he speaks to will already have a boyfriend, making it impossible for him to find a sweetheart. The fear of this factor leaves Chris all-but paralyzed when he even thinks about speaking to a woman in real life, a fear he has named noviophobia.

Mathematicians have worked in vain for years to disprove Chris's theorem, but the proof is in the pudding. Chris is still single, so it must be because all the JERKS have taken all the pretty girls. This realization led him to narrow his search and focus on boyfriend-free girls.