The Wall of Originals 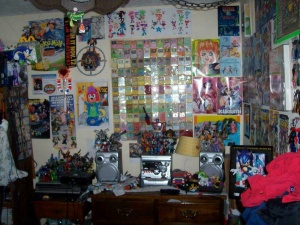 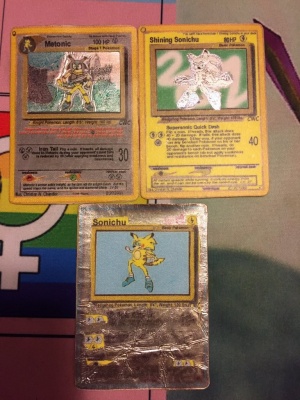 Three cards that survived the fire

The Wall of Originals (a.k.a. "The Failing Wall") was a large Relic of Fail showing Christian Weston Chandler's customized Pokémon cards, which hung from one of the walls in Chris's room. The lighting in several of his videos suggested that the sheet was covering a window, but the Tomgirl Pictures, released on 29 April 2011, showed that this was probably not the case.

Some trolls speculate that the absence of the Wall in the Tomgirl Pictures indicated that it had been removed. Whether this was meant to be permanent or temporary is unclear. In a July 2017 tweet, he revealed that at least three cards survived the Chandler house fire. In June 2018, more cards surfaced, when he sold nine of them on eBay for $100. Whether or not Chris has created a "new Wall" in his jail cell remains to be seen. 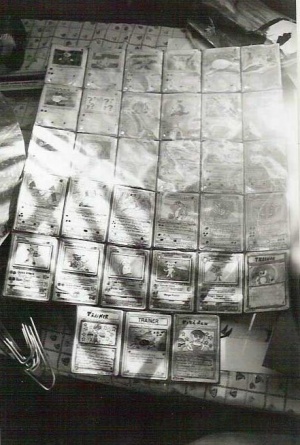 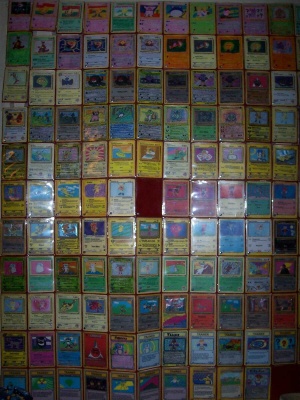 There are several interesting trends which emerge when one takes in all of Chris's cards. They provide some insight into his game design process which further support the traits of Chris featured on the CWCki. Some interesting notes about the cards include:

Reproduction of the Wall

Cards that aren't on the Wall of Originals, and other related images: