From CWCki
(Redirected from Cwcki)
Jump to navigation Jump to search

This is the article for the wiki about Chris. For more information about the wiki written by Chris, please see CWCipedia.

What happens when CWCki gets STRESSED.

Popularity of the CWCki throughout the years.

The CWCki (pronounced "quick-ee") was created by Cogsdev, as the ED page was getting far too large for people to take. It serves as the Internet's only wiki devoted to Christian Weston Chandler, the infamous autistic manchild and spambot gathering ground. As with any wiki, anyone can edit it, even YOU. Seriously though, if you're reading this, you are qualified and should be editing (just read this first).

Until 20 December 2019, the CWCki's motto was NO SHIT IS TOO MINOR. That motto was dropped in response to a substantial increase in people trying to influence Chris for attention. 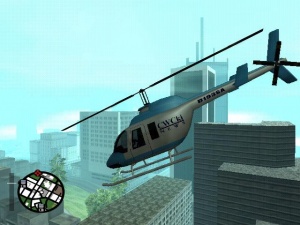 One of the many members of the CWCki team, on the hunt for more information regarding autistic manchildren.

The CWCki came to life on 110mb, the land of shitty web servers that go down every damn day. Before the CWCki moved to sonichu.com, it had a history of outages caused by shit servers and counter-trolls. This is a history of the CWCki:

Originally, the CWCki had a forum called the CWCki Forums, which was frequented by many of the wiki regulars and other people interested of all things Christorical.

Previously hosted on Yuku, the forum was hosted on Forumer until 8 November 2012 when it was deleted off Forumer's servers. It had several relief forums until it had a permanent forum.

With Chris's content drying up and other lolcows becoming popular, the CWCki Forums eventually reformed and rebranded into the Kiwi Farms. However, discussion of Chris continues there to date, and a subforum dedicated to Chris exists as part of the 'Lolcow Cults' section.

The CWCki, like everything else on the Internet that criticizes him or depicts him unfavorably, is something that Chris hates. In the quote above Chris displays large amounts of his ego, and as usual issues a death threat. Unfortunately for Chris, his demands did not go through. There are two reasons for this. First, his past track record with serious threats suggests that he lacks the energy to put his ideas into action. Secondly, CWCkians are well aware of the solid legal standing of the website and will not cave to idle threats from autistic manchildren.

In the wee hours of 14 March 2010, Chris updated his blog, taking credit for the alteration of The Wallflower's page and demanding that the rest of the pages mentioned earlier follow suit on or before 31 March or there would be trouble. He IS armed. However, in true Chris fashion, midnight of 31 March passed with Chris doing absolutely jack shit. As if anyone was surprised.

On 2 April 2010, he tried to fulfill his threat, by making 3 minor edits under the name of GodofThunderGodofWar, obviously forgetting that CWCki editors are not entirely unaware of Chris's recent favorites in video game field. His edits were reverted immediately and his user and user talk pages were bombarded with negative comments. The edits so far were mostly done to glorify him, and are not exactly the kind of hard-hitting bombastic protest CWCkians were expecting based on Chris's previous assault on ED. It appears that this profoundly lame attack of his had bigger impact on him, because in 19 April 2010, he set up an article in CWCipedia to list his revised truths.

Chris's only response to the CWCki in this form was the article he made for the CWCipedia named Gal-Pals and Past Sweethearts. In it, Chris supposedly "set the record straight" about all the women in his life listed on the CWCki who we had supposedly gotten our facts wrong about, telling us what actually happened, (because we all know that Chris is far less biased than the CWCki when it comes to the subject of his own life). Naturally, he listed several women on there who were actually confirmed trolls working for the people who run this very site, thus proving that Chris's "truths" and "corrections" were really lies and mistakes all along.

Chris would later come back to the CWCki under the name JenkinsJinkies, a poor disguise that fooled no-one, but one which the administrators played along with for a laugh. After a few more minor edits, Chris eventually left the site again, as the administrators had fooled him into thinking he had been noticed by the higher-ups and let into the secret inner circle of the trolling cabal. This is what eventually led to the PS3 destruction videos.

Following the October 2011 Michael Snyder Bash-smash-ween, Chris showed up as Christianchandler to upload photographs of Snyder and The GAMe PLACe, and to accuse Snyder of being fat, child-molesting and "slender" (bolding and sarcasm quotes his). As evidenced by a Facebook post of his, Chris seems to have come to understand that the CWCki exists purely to document information that is gathered about him, and plays no direct role in the trolling he experiences. He seems to have diverted his hatred to 4chan and 888chan, for reasons that remain unclear. He most likely is also thankful that his Scrapbook of Fail has survived in digital form after the fire. That was, until January 2015, when Chris posted a long tirade on Facebook, criticizing people who "haze" him on ED and the CWCki. Chris also stated on Facebook in December 2016 that while the CWCki spreads the popularity of Sonichu, it apparently still defaces him in mal-mannered ways.

Since 2017, Chris has taken a less harsh stance on the CWCki. In multiple instances on social media, he has used several CWCki articles as references, including the Son-chu, Manchester High, and the The End Games articles. However, in a tweet from June 2019, he demanded that the "Sonichu.com" domain name be changed to "CWCki.com" so he could use it for his own website.