From CWCki
(Redirected from Jerk)
Jump to navigation Jump to search 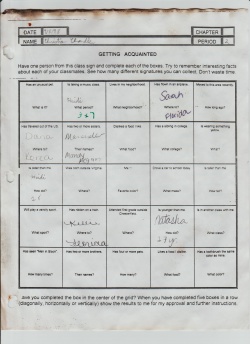 JERK was Chris's term for men in general, including those who are not niggos, homos, or jerkops, at the time of his discovery. The canonical definition is "a MAN, other than myself, CWC, and my father, Robert Franklin Chandler, Jr."[1] For example, Chris labeled every single one of his male MySpace friends as a jerk in his personal list. A few "respectable males" are apparently exempt from jerk status, such as George W. Bush and Barack Obama (and possibly Jack Black). Chris has since retired the term.

Chris's original reason is the Infinitely-High Boyfriend-Factor, but over time this also involved Chris's beliefs that all men act like they stereotypically do in cartoons, ignorant that cartoons are usually meant to be exaggerations. In more recent years, he's taken to using the word "male" in the place of jerk to express his disdain for other men. His behavior as he shifted over into a transgender identity also suggests that he has a lot of self-hatred about being born a man, or at least that he's felt so frustrated by perceived slights that other men have put against him that he no longer identifies as one.

Chris's misandry seems to stem from a number of factors, including internally placing himself above others, his initial homophobia, his deep-seated jealousy of other men who would take all his possible sweethearts away from him, and his cartoonish understanding of gender roles based on a lifetime of watching television. It's also owed in part due to the fact that Chris had very few male friends growing up, with his parents often bribing other children (usually girls) to hang out with their son since they had no idea how to care for an autistic child. Of course, for Chris's dislike of men and decision to identify as a woman, that's not to say that his understanding of women is actually that much better.