A taser is a weapon capable of delivering an electric shock. Chris believed he could harness a taser's power as a means to activate the Dimensional Merge.

While they share a similar function to deliver electrical shocks, tasers and stun guns differ in that a taser fires projectiles at a target to deliver the shock, whereas a stun gun uses direct contact with a target.

The two terms have sometimes been used interchangeably to describe Chris or Praetor's alleged plans, in particular from a rumor by Watchmen member MKR,[1][2] leading to confusion. In addition, Praetor has referred to plans to film a video involving a stun gun in November 2020[3] - it is unclear whether or not this is related to Chris's plan to use Praetor's taser on his quartz crystals in February 2021.[4] In any event, no evidence has been found of Chris using either a stun gun or taser.

Piezoelecticity is an electrical charge occurring from certain types of matter, such as crystals, to which mechanical energy is applied, such as striking a crystal.[5]

Chris has applied magical thinking to his quartz crystals. He believes the Gate Crystal can open a warp gate and has been enchanted and blessed by himself to have the power to open a portal between dimensions.[6] He believes the Celestial Key is a component to the Dimensional Merge.[7] 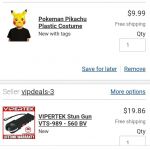 On 15 November 2020, the Praetor Instagram account posted an image of an online store's shopping cart.[3] Within the cart was 1 Pikachu mask and 1 VIPERTEK VTS-989 560 BV stun gun. Accompanying the post was the message: 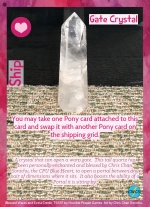 The Gate Crystal in TSSSF form. 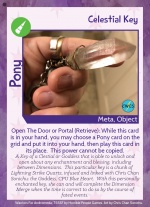 The Celestial Key in TSSSF form.