Chris and the Internet The proper response to a virgin with rage on the Internet.

The Internet – the bloodstream of our saga. It is a computational system that allows the transmission of data over long distances through a massive collection of networks connected all over the world. The Internet has grown immensely since its first real conception in the 1980s as a means for the military, and later universities, to communicate with each other; it is said that about 4.8 billion[1] people are connected to the Internet today. One of those people is Chris, the Internet's battered girlfriend who always comes back for more.

Chris seems to be aware that the Internet is a place where, once you put something up, anyone with access to a computer can see it. However, due to a combination of his ego and his general inability to understand others, Chris has come to the conclusion that if he puts anything on the Internet, everyone will see it; and if you direct a message to someone, only they will see it. Chris has in the past attempted to address videos to specific people, from celebrities to potential employers to Internet girlfriends. Most telling is his 8 May 2010 rant, which was addressed to anyone who served on the Greene County School Board in the early 1990s.

Chris sees no problem in revealing highly sensitive information in his videos, including his phone number, street address, and the secret name of the girl he desperately wanted to be his sweetheart. He doesn't understand that YouTube is a public website and not an instant messaging service, never paying attention to the deluge of comments he gets from horrified onlookers that definitively prove his "private" messages are anything but.

Chris has been on the Internet for some time, yet does not understand how to act online any more than he does in real life. While many users of the Internet contribute content, are polite and helpful, and generally follow any established rules, Chris sees all websites as vehicles to spew his self-serving version of the truth. Even worse, when given his own website, he audaciously claimed that it was he who had control over the site, not the Sysop who did the work of setting it up, or the advertisers who paid for it.

Out of fear of trolls, Chris refuses to meet people online or interact with people he knows beyond 'closed doors'. He has tried to join public forums at least a couple times without attaching his name to the account, but has outed himself either on his own or through his unusual and distinctive writing style, abandoning them when he feels unsafe from his trolls.

Chris does not normally participate in forum discussions, either due to a dislike of reading, simple egotism or both. When he does, he always signs his message – be it a comment on YouTube, a rant on the Adult Swim boards, or a complaint about something in LittleBigPlanet.[2] He never follows up on these posts either, nor does he read the comments left by other users, just like on YouTube. Any retractions or responses are saved for completely unrelated posts elsewhere on the Internet.

Common sense would suggest that Chris would fare well in the Internet forums, which are havens for socially-inept, thirty-something weeaboo man-children who still live with their parents. However, Chris has managed to fail here too. By appearing in the web as his usual nicknames or full names, and plastering Sonichu crap all over, he draws the attention of his trolls, and reacts predictably when they follow him. More importantly, if the trolls somehow fail to notice his new hangouts, he's quick to make enemies completely of his own accord, due to his ego, selfishness, and complete disregard of rules.

Chris is or has been active on many other mediums on the Internet. He has ran his own blogs and websites, posted videos on YouTube, and communicated with the outside world through social media sites such as MySpace, Twitter, and Facebook. It was only through Chris's extensive activity on these mediums that made the complication of this huge extensive wiki possible. As of 2018 however, Chris's online activity has transformed from a naive manchild's accidental comedy act to the insane ramblings of an unhinged madman. 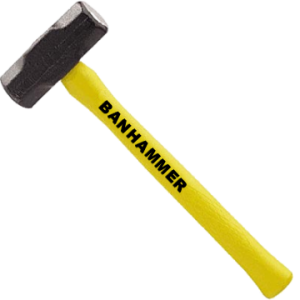 Some people see dicks everywhere on the Internet. Chris tends to see these instead.

As with many places in real life, Chris has found himself banned from the few places he frequents online.

Thanks to his screwed up conversation filter, Chris has done stupid stuff and has had stuff taken down or been banned from places. However, due to his relative inactivity concerning Internet forums, he's banned from fewer places online than expected. He was banned from deviantART in the summer of 2009 for posting the uncensored version of Sonichu #9 without a NSFW tag, though he doesn't understand why - comments he left on the CWCipedia suggest that he is under the impression that his dA account simply vanished into cyberspace for no reason.[3] He was also banned earlier for the uncensored version of Sonichu #8. Despite bouncing from one account to the next, Chris has only been banned once from YouTube; however, unlike dA, Chris has constantly made new accounts after one was taken down or abandoned. He has also had posts moderated at GameFAQs when he attempted to solicit money for special characters in ModNation Racers. When his "article" on Wikipedia was deleted and his talk page there got trolled, his account was indefinitely blocked, although the blocking admin mistakenly thought that he was a sock-puppet of a troll and not the real deal.

His most grievous ban to date involves Flipnote Hatena. Between 29 June and 2 July, Chris had the same Flipnote removed from the site 4 times because of its sexual nature, with Chris thinking it was being removed by trolls instead of realizing the fact that a Nintendo-owned website wouldn't like having animated sex dreams being put on their site. Because of this and other Flipnotes he had uploaded and reuploaded, the mods briefly blocked Chris's DSi from uploading any further Flipnotes. When his ban expired, Chris resurfaced on the website and reuploaded all the Flipnotes that got him banned in the first place. (The entire situation wasn't helped by try-hard trolls flagging his animations in a desperate attempt to have an impact.)

One notices a pattern in all of this – Chris has a tendency to not read a website's terms of service or gain an understanding of websites he uses. When protesting his ban from Wikipedia for violating one of their numerous rules, he argued that he didn't have the time to read the pages upon pages of fine print that stipulated what constituted acceptable behavior. When faced with a similar conflict on Flipnote, he failed to get the hint that each deleted animation was violating the terms of service, even uploading a video anyone could tell was inappropriate for the PG-13 website no less than 4 times before getting his console blocked.

Attempts to leave the Internet This is what Chris means when he says he is going to "go outside and enjoy life."

As the saying goes, "when the going gets tough, the tough get going." However, in Chris's case, he takes this and butchers it – when trolls descend on him and torture him, he gets up and leaves. He's like a child who packs up all of his toys and goes out in the driveway when things don't go his way. For many trolls, this would be a great victory – threatening to quit the Internet forever is such a common reaction to trolling that it has its own term: "flouncing".

Of course, his PS3 is still hooked up to the Internet (where he plays video games, reads game forums and logs into YouTube), so he never really leaves for good, he merely changes his outlet. When Chris talks about quitting the Internet, he means ceasing video and comic production, and no longer tangling with trolls.

His first attempt to abandon the Internet was when the Ivy saga was hitting its peak; tired of Clyde Cash's trolling, Chris proclaimed that he was leaving the Internet. Instead of doing that, he disappeared for all of 2 weeks before creating a new account on YouTube. His 2nd, 3rd, and 4th attempts all seemed to have been directed by an outside force. Of course, Chris being Chris, he never made good on his word to stay off. Nearly 2 weeks after his 5th abandonment of the Internet, he was spotted at Fridays After Five playing Flipnote Studio on his Nintendo DSi. He soon discovered the pictures and videos of him on the Internet and broke his exile to post his response to it all on Flipnote Hatena the next day, saying that he wishes trolls would stop spreading his bad reputation around. This shows not only that Chris is still looking out for his Internet reputation, but that he also assumes that by telling trolls "I'm leaving the Internet forever," he expects them to stop talking about him.

This would've been easy for the trolls to do, if Chris had just stopped making videos – especially ones addressing them specifically (not seeking out trolls offline couldn't hurt, either).

On 22 November 2010 Chris announced that he would be leaving the Internet yet again, and began what would become his longest time away from the Internet. For an hereto unsurpassed period of time, Chris managed to refrain from doing something that would directly attract the attention of the trolls, although he was not completely able to repress his urge to spread his ego over the tubes, and thanks to his PS3 with web connection and keyboard controller, he still made occasional efforts to make the world realize his greatness.

Despite his claims to have stopped socializing online, a new Facebook account bearing a previously unseen photograph of Chris was discovered on 5 July 2011, and two weeks later it was revealed that between 29 May and 20 June 2011 Chris was frequenting the forum Tomboys And Tomgirls of Virginia while trying (and failing) to stay anonymous. This culminated with three new videos released on 6 August 2011 after a 257-day YouTube hiatus.

Although unofficial, it is worth mentioning that after the death of Bob in September 2011, Chris had not returned to YouTube for over 2 years, which broke his previous record of 257 days. Technically, that could have been considered a seventh Internet abandonment (with the only exceptions being Facebook and Twitter).[4] However, in November 2013, Chris uploaded a video he'd recorded the previous month, once again showing that, ultimately, he just can't resist uploading things about himself. He continued to upload videos sparingly throughout 2014 and 2015, returning on a regular basis from October 2015 onwards.