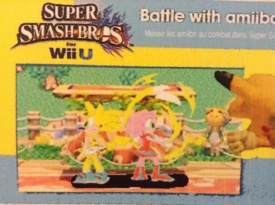 This page covers Chris's activity on his personal Facebook page in April 2015.

The premiere episode of the new My Little Pony: Friendship is Magic" season had a strong influence on Chris.

In response to a question posted on the "Equestria GIRLS - MLP" page, "What'd you folks think of the premiere?," Chris wrote:

On his own timeline, Chris shared a photo from the new season and wrote:

Chris announced a new product for sale on eBay.

More on the Amiibo

In the included illustration, Sonichu sez:

Kenneth Englehardt provided the link to the Nintendo voting page, to which Chris replied: