This page is an archive of Chris's major social media posts during September 2019. Posts are sorted by date. Notable comments are included and color-coded for reference.

Magi-Chan is a Taylor Swift fan

[In response to a bunch of Sockness' garbage.]

Chris is a dead motherfucker if he gets mugged

In response to a joke about dialogue between a person and an armed robber entering their home:

Chris is a master engineer

Chris supports playing with whatever toys you want

In response to a comic talking about gendered toys and media:

[AN: One of Magi-Chan's typing quirks is that he replaces "moral" with "morrow." Morrow is an archaic term for the following day.]

Magi-Chan reassures everyone that Sockness is not a con artist 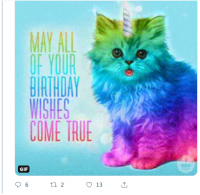 Chris sends his best birthday wishes to a ween.
Retrieved from "http://sonichu.com/w/index.php?title=September_2019_social_media_posts&oldid=234606"
Category: